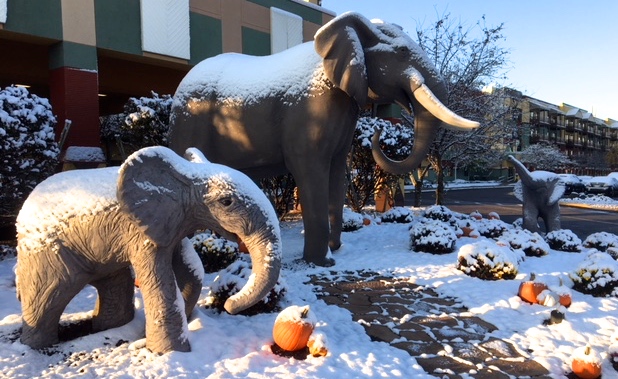 Can Republicans divorce themselves from a demagogue? The impeachment trial’s first day offers little hope.

A lone figure in a blue suit slipped quietly into the front row of the US Senate public gallery just before 3.30pm on Tuesday and gazed down at his former colleagues.

Jeff Flake, the former Republican senator from Arizona, had returned to Washington to witness two trials. One was that of an impeached American president accused of strong-arming a foreign government for his own political ends. The other was a trial of the conscience of the Republican party.

Perhaps Flake, a “Never Trumper” who quit the Senate a year ago, noticed how majority leader Mitch McConnell and several fellow Republicans sported bright red ties and white shirts reminiscent of Donald Trump himself. Coincidence? Perhaps he saw, too, how unmoved they appeared by Democrats’ appeal for a fair trial with witnesses.

But perhaps he also spotted senators Susan Collins and Lisa Murkowski listening intently and taking copious notes and wondered, at least for moment, if the grand old party could still untether itself from the demagogue in the White House.

“History is watching,” they were warned. Busts of former vice-presidents, including John Adams, Thomas Jefferson and Aaron Burr, glowered from niches above the public gallery where teenage spectators looked twitchy without their mobile phones (banned by the rules of decorum).

If Flake hoped to be a ghost at the feast, pointing an accusing finger, he would first have to sit through a trial within a trial over the rules of engagement. …