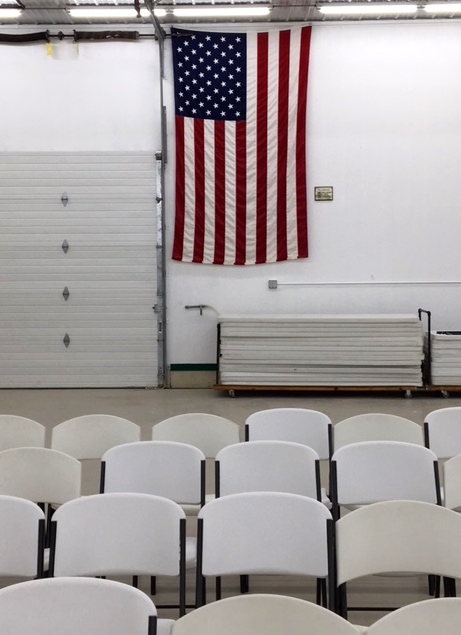 A Christianized fascism champions Trump as an agent of God while the traditional church refuses to denounce evangelical right-wing extremists as heretics and impostors.

Leo Tolstoy wrote that happy families are all alike, but every unhappy family is unhappy in its own way. So too with failed democracies. There is no one route to the dissolution of the open society, but the patterns are familiar, whether in ancient Athens, the Roman Republic or the collapse of the democracies in Italy and the Weimar Republic in Germany that led to fascism. The ills that beset Germany and Italy in the 1930s are sadly familiar to us—an ineffectual political system, a retreat by huge sectors of the population into a world where facts and opinions are interchangeable, the seizure of national economies by international banks, and global finance capital that has forced larger and larger segments of society into a subsistence existence, obliterating hope for the future. We too suffer from an epidemic of nihilistic violence, one that has included mass shootings and domestic terrorism. There is a rapacious and out-of-control militarism. Betrayed citizens, as in the 1930s, harbor an inchoate hatred for a ruling elite that is mired in corruption while it mouths empty platitudes about liberal, democratic values. There is a desperate yearning for a cult leader or demagogue who will exact vengeance on those who have betrayed us and usher in a return to a mythical past and lost glory.

The U.S. Republican Party, replicating the fascist parties of the 1930s, is a personality cult. Those who do not bow obsequiously before the leader and carry out the leader’s demands are banished. The institutions tasked with defending morality, especially religious institutions, have failed miserably in the United States just as they failed in Italy and Germany.

This is not to equate Donald Trump with Adolf Hitler or Benito Mussolini. Nor is it to say that we endure the severe trauma that afflicted Germany after World War I, with its 1.7 million war dead and millions more wounded physically and psychologically. Weimar’s street violence and brawls, usually between the armed wings of the Nazi Party and the communists, were widespread and resulted in numerous fatalities. The economic crisis after the 1929 crash was catastrophic. By 1932 at least 40% of the insured German workforce, 6 million people, were out of work. Germans during the depression that followed the crash often struggled to get enough to eat. But we ignore our many similarities to the 1930s at our peril.

The business elites in Italy and Germany saw the fascists as buffoons, just as Wall Street views Trump and his enablers as an embarrassment. But the capitalists would rather have Trump as president than a reformer such as Bernie Sanders or Elizabeth Warren. The primacy of corporate profit, as in fascist Germany and Italy, makes the business elites willfully complicit in the destruction of democracy. These capitalists are oblivious to the danger their consolidation of wealth and power poses to democracy. They ram through tax cuts for the rich and austerity programs that exacerbate the despair and rage that fuel extremism. They make war on organized labor, suppressing wages and abolishing benefits.

At the start of the Trump administration, the traditional ruling class, much like its counterparts in Germany and Italy, held the naive belief that being in power moderates extremist leaders, or that extremists can be controlled by the “adults in the room.” It did not work in Germany or Italy; it has not worked in the United States. Politics, as in fascist Italy and Germany, has been replaced with spectacle and political theater. There is an unbridgeable gulf between rural voters—largely Nazi supporters in the Weimar Republic and largely Trump supporters in the United States—and the urban electorate. Vast parts of the population, beset by despair, have severed themselves from a fact-based world and embrace magic, conspiracy theories and fantasy. The military and the organs of state security are deified. War criminals are seen as patriots unjustly persecuted by the detested deep state and the liberal class. The norms, decorum, courtesy and mutual respect that are essential to a functioning democracy are replaced by vulgarity, insults, incitement to violence, racism, bigotry, contempt and lies. These ills of today’s United States mirror the political and moral rot of Italy and Germany on the eve of fascism. …

(Photo by Mark L. Taylor, 2020. Open source and free for non-derivative use with link toe www.thecommonercall.org )