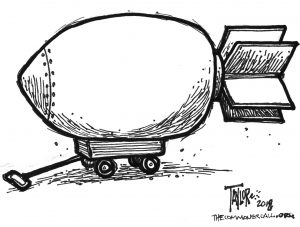 The Constitution limits the president’s power to wage war but presidents have gotten around that and Congress has only rarely asserted itself successfully.

Lulu Garcia-Navarro: Last week, the House of Representatives voted to require President Trump to seek congressional approval before taking further military action against Iran. The measure now goes to the Senate, where its fate is less certain. And President Trump is not expected to sign anything that restricts his authority, which raises the question, what are the limits to a president’s power to make war? We posed that question to senior Washington correspondent Ron Elving. …

Read The Rest And 7-Minute Audio