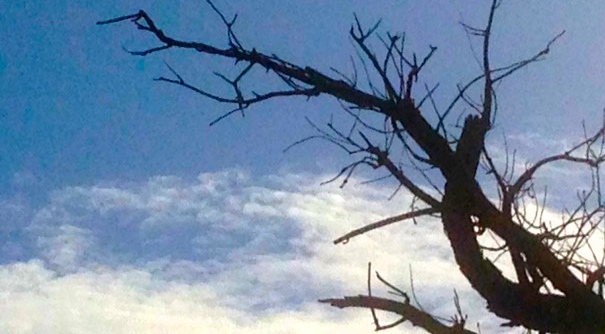 “Nobody saw it coming this soon. It’s likely the forests won’t be coming back as we know them.”

As extreme wildfires burn across large swaths of Australia, scientists say we’re witnessing how global warming can push forest ecosystems past a point of no return.

Some of those forests won’t recover in today’s warmer climate, scientists say. They expect the same in other regions scarred by flames in recent years; in semi-arid areas like parts of the American West, the Mediterranean Basin and Australia, some post-fire forest landscapes will shift to brush or grassland.

There’s evidence that most tree species around the world already routinely operate near damaging thresholds of water stress, and that they are unable to cope with the rising frequency and intensity of heat extremes.

More than 17 million acres have burned in Australia over the last three months amid record heat that has dried vegetation and pulled moisture from the land. Hundreds of millions of animals, including a large number of koalas, are believed to have perished in the infernos. The survivors will face drastically changed habitats. Water flows and vegetation will change, and carbon emissions will rise as burning trees release carbon and fewer living trees are left to pull CO2 out of the air and store it.

In many ways, it’s the definition of a tipping point, as ecosystems transform from one type into another.

The surge of large, destructive forest fires from the Arctic to the tropics just in the last few years has shocked even researchers who focus on forests and fires and who have warned of such tipping points for years.

The projections were seen as remote, “something that would happen much farther in the future,” said University of Arizona climate scientist David Breashers. “But it’s happening now. Nobody saw it coming this soon, even though it was like a freight train. …

The Lost Decade: How We Awoke To The Climate  Emergency Only To Squander Every Chance To Act

Can the world make up for this lost time?

We may look back on the years 2009 to 2019 as the “lost decade” — a time when the world awoke to the reality of climate change only to squander the chance to take the action needed to tackle it. Now, many scientists fear the targets required to avoid catastrophe are slipping out of reach.

On Dec. 15, politicians from 194 countries wrapped up the 25th United Nations climate conference in Madrid. But in an outcome youth activists have described as “another year of failure,” the only thing nations seemed to agree on was that there’s an “urgent need” to act.

“Never have I seen such a disconnect between what the science requires and what the climate negotiations are delivering in terms of meaningful action,” said Alden Meyer, strategy chief at the Union of Concerned Scientists. For 25 years, the world has been trying to figure out how to tackle fossil fueled-global warming. And now it’s a crisis.

As this decade — likely the hottest on record — comes to a close and another begins, one glaring question is: Can the world make up for this lost time? Thousands of scientists recently declared a climate emergency, and the U.N. has given the world just over a decade to act. With the clock ticking closer to midnight, it’s worth reflecting on how we got here and what we might learn from the past 10 years. …