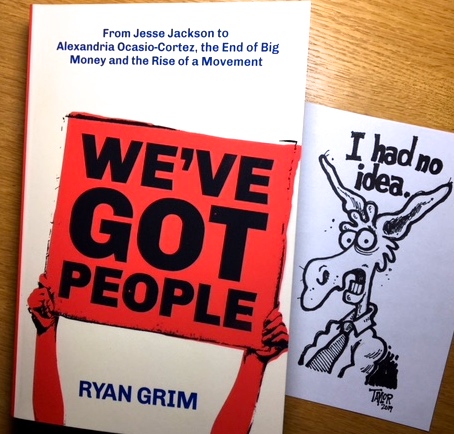 “If Democrats meet the public’s demand for real change with something fake, the other side is willing to offer the real thing. The real risk of a Joe Biden nomination might not be that he could lose to Trump — though that is certainly plausible — but that he will beat Trump, fail to deliver, and open the door for a fascist who actually knows what he’s doing. Playing it safe is going to get us killed.”

— Ryan Grim, last paragraph from the epilogue of “We’ve Got People: From Jesse Jackson to Alexandria-Cortez, and the End of Big Money and the Rise of a Movement”, 2018 (p. 395).