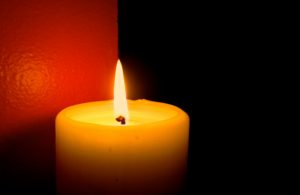 Nearly a year ago, intuitively recognizing the Trump administration’s authoritarian aspirations, Polish journalist and activist Martin Mycielski wrote “Year 1 Under Authoritarianism.” In those early, nerve-racking days following Trump’s inauguration, the piece was shared across social media, an ominous portent of what was to come. The document — helpfully subtitled, “What To Expect?” — offered a list of predictions and warnings about Trump’s first year in office, and exhortations to fight back at every turn. In his introduction, published just days after Trump’s inauguration, Mycielski noted the article was based on his own experience in Poland, where extreme-right nationalists have taken over the government, and in a recent ugly demonstration, the streets. The piece should be read as an instructive manual of sorts, culled from firsthand observation of the “populists, authoritarians and tinpot dictators” leading right-wing movements across Europe.

“With each passing day, the [Polish] government is moving the country further away from the liberal West and toward the authoritarian models of the East,” Mycielski wrote. “Hundreds of thousands have protested against every illiberal, unlawful step. Every time we believed it couldn’t get any worse. We were wrong. This is why we want you, our American friends, to be spared the shock, the awe, the disbelief of this happening to you. Let’s hope history proves us wrong and the US wakes up in time…[H]ope for the best, but prepare for the worst.”

Mycielski’s “survival guide” has only become more disturbingly relevant with time, its predictions proved frighteningly accurate. Like Umberto Eco’s guide to fascism, it presciently notes the actions and attitudes that now unquestionably define this presidency; the lies and obfuscation of truth, racist fear-mongering, historical revisionism, purposeful chaos and anti-First Amendment agenda. Manipulation and malice are the Trump regime’s forte. (To see how quickly a country can be remade by a charlatan and his abettors, go back and review some of the earliest entries from Amy Siskind’s weekly list tracking changes under Trump. It’s all pretty scary, especially seeing it unfold in real time.)

But if there’s any hope, it will only come from recognizing the reality of what’s happening here, how much damage is being done, how much earth already scorched. The year has somehow flown by, yet seemed interminable. It’s good to remember the very big, very frightening picture before us, how far we’ve already come, and to consider what recourse we have with complicit and corrupt forces standing in the way. — Kali Holloway

(Commoner Call photo by Mark L. Taylor, 2019. Open source and free for non-derivative use with link to www.thecommonercall.oeg )