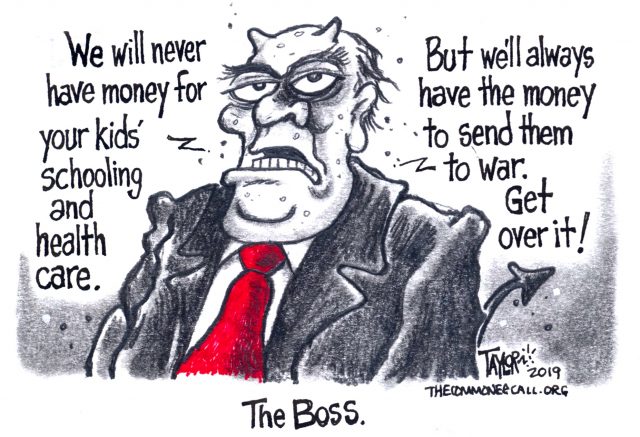 Torching lives, reputation, treasure, national values and reputation in an 18-year bonfire of racketeering, ignorance & lies by both Republicans & Democrats.

[Editor’s Note: This discussion is an excellent overview of the revelations from the recent Washington Post series on the Afghanistan War papers. Given the bipartisan fraud, lying and complicity in this 18-year long corrupt war crime, the story is not getting the attention it deserves in the corporate media. — Mark L. Taylor]

Chris Hedges talks to Spenser Rapone, former combat veteran and US Army Officer, about the Washington Post’s series the Afghanistan Papers. Drawing on thousands of pages of international government documents about the war in Afghanistan, the series exposes the lies, deceit, mismanagement, waste, corruption, fraud and failed schemes that both Democratic and Republican administrations pursed in Afghanistan, the longest conflict in US history (18 years and counting) that has claimed tens of thousands of lives and hundreds of billions of dollars of US taxpayers’ money.

(Commoner Call cartoon by Mark L. Taylor, 2019. Open source and free for non derivative use with link to www.thecommonercall.org )

“Members of SEAL Team 7 Alpha Platoon described their platoon leader, retired Special Operations Chief Eddie Gallagher, as “toxic” and “evil,” according to video recordings of the interviews obtained by The New York Times. Gallagher’s war crimes case gained national attention after President Donald Trump controversially intervened on his behalf, ignoring Pentagon leaders who had told the President such a move could damage the integrity of the military judicial system.

Take No Prisoners: Inside A WWII American War Crime

In December 1944, Adolf Hitler surprised the Allies with a secret counterattack through the Ardennes forest, known today as the Battle of the Bulge. In the carnage that followed, there was one incident that top military commanders hoped would be concealed. It’s the story of an American war crime nearly forgotten to history.

After desperate house-to-house fighting between German and American forces, American soldiers wrested control of the Belgian town of Chenogne. Americans rounded up the remaining German prisoners of war, took them to a field and machine-gunned them.

Reporter Chris Harland-Dunaway found an entry in General George S. Patton’s handwritten diary referring to the incident in Chenogne. Patton called it murder. So why then was there no official investigation?

Through vivid interviews with a 93-year-old veteran who witnessed the event, conversations with historians and the last surviving prosecutor from the Nuremberg Trials, and analysis of formerly confidential military records, we investigate why justice never came for the American soldiers responsible for the massacre at Chenogne.

Link To Story And 51-Minute Audio