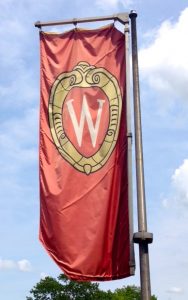 “We’re at the bedside — the eyes and ears on the patient all the time. [But] we’re not supported. We’re not given any sort of voice to make any changes.”

Five-and-a-half years after their collective bargaining rights were stripped in the aftermath of Act 10, registered nurses working for the University of Wisconsin Hospital & Clinics Authority (UWHCA) on Thursday confronted the board of directors demanding recognition for a new union.

“Unacceptable changes to staffing levels, nurse/patient ratios and the dissolution of key nursing departments have left thousands of professional nurses without tools they need to provide the level of care we are capable of providing, and that our patients expect and deserve,” a delegation of nurses declared in a statement presented at the board’s regularly scheduled meeting Thursday afternoon. A copy of the statement was obtained by the Wisconsin Examiner.

With more than 2,000 nurses employed by UWHCA, the union drive is believed to be the largest union-organizing campaign in Wisconsin in years.

Nurses who spoke with the Examiner describe a cultural evolution in which financial matters have risen to the top of organizational priorities and further colored the workplace atmosphere.

The statement also asserted that since that time, “UWHCA has successfully implemented many processes to obtain direct employee feedback, such as forums, the Employee Advisory Council and employee surveys. These avenues have provided valuable feedback that has helped shape the decisions and direction of the organization, enabling us to provide remarkable healthcare to our patients. UWHCA will continue to support our robust existing system of employee and nurse engagement, through which UW Health has earned the designation of Magnet nursing status.”

The statement, however, did not address one specific demand in the union letter, which called on the UWHCA management to “meet and confer” with the union to discuss grievances raised by the group. And nurses interviewed by the Examiner have painted a sharply different picture of the relationship than the statement reflects.

In interviews, nurses employed at UW Hospital and active in the union drive say it is the culmination of changes in the operation over the last several years, beginning with the authority’s 2014 decision to withdraw recognition of union representation.

In the years since, the nurses say, changes in management, financial priorities, and organizational culture at the hospital have led to deteriorating working conditions accompanied by growing shortcomings in patient care…

(Commoner Call photo by Mark L. Taylor, 2018. Ope source and free for non-derivative use with link to www.thcommonercall.org )