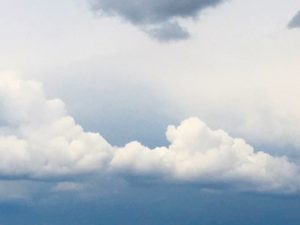 I had hope this year that a plan by world leaders was going to be put in place to avert the climate crisis or — at the very least — lessen its impact. Yes, that sounds like some fairy tale dream, but after the worldwide lineup of environmental activists and groups that showed up since last November, I felt it could be possible. Heavyweights like Greta Thunberg from Sweden, Extinction Rebellion from the UK, the Sunrise Movement in the US, and the global student strikes were all beyond belief. All were demanding that world leaders address the climate crisis in the direct and drastic way it needs to be handled.

After all that, an environmental activist could have some hope. Right?

But, after viewing the interview below with Dr. Peter Carter on what was accomplished at the Madrid gathering of  COP25, that hope has vanished. Dr. Carter is a scientist who puts reports together for the Intergovernmental Panel on Climate Change (IPCC). There is one word for his interview, and that is: terrifying.

I have listened to many of Greta’s speeches. They are honest, direct scientifically-backed jabs at the leaders of the world stating they are taking her generation’s future away and doing nothing. In the middle of Carter’s interview, he talked about “biosphere collapse”, and I thought: “We are all going to die.”

Carter outlined the history of the climate talks and where the problems began in 1992. If we do some math, that is 27 years. And in 27 years, no plan — none — has come to the table that every country has agreed to. No real progress has been made, and we are now in the 11th hour of the climate crisis. Carter notes there was some progress the first two years, but it has been all downhill since then. The major countries have been blocking scientific reports from entering the COP talks, and now they are being dropped completely.

Carter described a rapidly accelerating trend of atmospheric CO2, methane, and nitrous oxide that scientists have not witnessed before. We are at 412 parts per million (ppm) of CO2 … and climbing. There also has been a massive eruption of methane in Barrow, Alaska, that began in August and has been bubbling ever since. Comparing the 2.2 million year ice core level that has been at 800 ppm, Carter notes it is now at 2,050 ppm. This eruption has not been publicized. It is a dangerous situation we need to keep our eye on, Carter warns.

Carter labels these nations for what they are: Evil … and committing a crime against all humanity and the future. They are driving humanity off the cliff. And, we wonder what we can do as we watch the madness relentlessly unfolding before our eyes.

(Commoner Call photo by Mark L. Taylor, 2019. Open source and free for non-derivative use with link to wwwthecommonercall.org )

“And I still believe that the biggest danger is not inaction. The real danger is when politicians and CEOs are making it look like real action is happening when in fact almost nothing is being done apart from clever accounting and creative PR.”

At the U.N. climate summit in Madrid, 16-year-old Swedish climate activist Greta Thunberg addressed world leaders Wednesday, hours after she was named Time magazine’s Person of the Year. Thunberg came to the talks after a trip to meet with climate leaders across North America in anticipation of the scheduled climate conference in Santiago, Chile, before the talks were abruptly moved to the Spanish capital. In her address, Thunberg warned that the planet’s carbon budget is down to just eight years, and urged bold action. “I still believe that the biggest danger is not inaction. The real danger is when politicians and CEOs are making it look like real action is happening when in fact almost nothing is being done apart from clever accounting and creative PR,” Thunberg said.

[Thunberg’s speech is the first 12 minutes.]

“This year the masses mobilized, but our political leaders refused to rise above their own little agendas.”

Climate action advocates who had spent two weeks demanding strong commitments from the COP 25 climate summit emerged from the conference  Sunday stunned and angry over its conclusion, which was deemed a “lost opportunity” by the United Nations secretary-general.

Because of the refusal of some of the world’s wealthiest countries to commit to more ambitious targets to reduce their climate-warming carbon emissions, Secretary-General Antonio Guterres said, “The international community lost an important opportunity to show increased ambition on mitigation, adaptation, and finance to tackle the climate crisis.”

As Common Dreams reported Saturday, the summit was intended to wrap up Friday but negotiations lasted two extra days as delegations debated provisions for carbon markets.

The final deal acknowledged there was a “significant gap” between countries’ pledges to reduce their carbon emissions to limit global warming to 1.5 degrees Celsius above pre-industrial levels, and government’s ability to achieve that reduction.

Countries were urged in the final text to honor their emissions-reduction commitments, but high-polluting countries including China, India, and the U.S. argued they saw no need to set more ambitious reduction plans for themselves.

In the final hours of negotiations, Papus New Guinea’s climate envoy, Kevin Conrad, told Euronews, “90% of the participants have not been involved in this process.”

Developing countries especially took issue with a language that the U.S. successfully stonewalled, which would have addressed how the U.S. should be held liable to island nations for the damage the climate crisis has already caused to them, thanks in part to the activities of the world’s biggest carbon emitter historically.

The Tuvalu delegation reportedly said Sunday that the United States’ refusal to compensate other countries for loss and damage “could be considered a crime against humanity.” …

“If you are younger than sixty, you have a good chance of witnessing the radical destabilization of life on Earth — massive cop failures, imploding economies, epic flooding, hundreds of millions of refugees fleeing regions made uninhabitable by extreme drought. If you are under thirty, you’re all but guaranteed to witness it.”