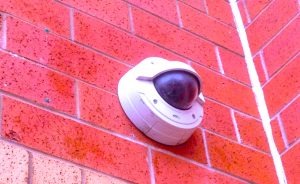 Plans to create one of the world’s biggest facial recognition surveillance systems, with more than 200,000 CCTV cameras.

For years the Kremlin has been taking steps to implement a dystopian Chinese-style surveillance system that can track its citizens wherever they go. Now, a court ruling has paved the way for Moscow to build just such a system.

On Wednesday, a Moscow court dismissed a lawsuit brought by Alena Popova, an activist and founder of digital rights group Ethics and Technology, after she was arrested in 2018 while holding a peaceful anti-sexual harassment protest outside the Kremlin.

At the time, a court fined her 20,000 rubles ($313) for violating Russia’s strict protest law, but Popova claimed she was arrested after police used facial recognition technology to identify her.

“Despite the developments in Xinjiang being just frightening, Russia officials have made no secret out of the fact that they are inspired by the Chinese model.”

Her lawsuit argued that the facial recognition system processes citizens’ biometric data without their written consent, violating Russia’s law on personal data and the right to privacy guaranteed in the Russian constitution.

The lawsuit sought to block the authorities in Moscow from using facial recognition on a grand scale, but Wednesday’s ruling against Popova means there is nothing to stop the city from installing hundreds of thousands of CCTV cameras with facial recognition technology built-in, a surveillance system that echoes those in use across China.

“Fears around facial recognition in Russia really are quite valid, we have seen what has been happening China, in Xinjiang for example, where the government uses this very intricate system to monitor the movement of Uighurs,” Tanya Lokshina, an associate director for Europe and Central Asia Division with Human Rights Watch, told VICE News. …

Read The Rest And 5-Minute Video