NO STORY IN recent U.S. history illustrates the brutal fallacy of American exceptionalism than the CIA torture program and its cover-up. This week on Intercepted: As Washington D.C. remains focused on the Trump impeachment, Daniel Jones, the former top Senate Intelligence Committee investigator into the CIA torture program discusses the years-long battle with the Bush and Obama administrations to make public the findings of his still-classified 7,000 page report. Jones is the subject of the new feature film, The Report, starring Adam Driver and Annette Bening, and the host of its companion podcast, The Report Podcast, with Kelly McEvers, where they unpack the story of the CIA’s torture program, the Senate’s investigation, and ensuing cover-up. He tells the story of how the CIA, under John Brennan, spied on the Senate investigators and accessed their classified computers. As a rebellion in Iraq forces the resignation of the country’s prime minister, Iraqi activist Raed Jarrar describes the roots of the protests, the impact of foreign intervention by numerous countries, and the history of the U.S. encouraging sectarianism in Iraq. Plus, “Bigger Than Baghdad” — we hear new music from Iraqi-Canadian hip-hop artist Narcy about the protests in Iraq.

The new film dives into the Senate Intelligence Committee’s investigation of the secretive CIA’s torture program.

In one of the first marks on our apocalyptic Bingo Card of the 21st Century, after 9/11 the CIA began secret use of Enhanced Interrogation Techniques to torture detainees held under suspicion of connection to Al Qaeda. Violent details of these techniques were mostly unknown to the majority of the American public and members of U.S. government until word got out that the CIA was destroying tapes of the interrogations, which raised some eyebrows. Enough so, at least, for the Senate to approve two related investigations regarding the interrogations of some of the 119 men detained. The Report, now available to stream on Amazon, outlines the details of the Senate Intelligence Committee investigations. Starring Adam Driver as Daniel J. Jones, the Senate staffer who led the investigations, Scott Z. Burn’s new political drama delves into the details gleaned by Jones and his team from over 6 million pages of CIA correspondence and documents, and what it means for the U.S. today.

In the film, increasingly haunted by what he learns, a sleep-deprived Adam Driver leans over a computer, slams coffee after coffee, yells at senators, draws frantic diagrams on a whiteboard, and considers leaking documents as he transfers them from safe to briefcase and back again. Adding to the growing sense of dread Driver’s character relays to viewers, familiar names haunt the dialogue of the film and Jones’ report. First comes Denis McDonough, then Dianne Feinstein, Sheldon Whitehouse, George W. Bush, Barack Obama—and it’s easy to realize The Report isn’t a historical artifact so much as a frank look in the mirror at very real government officials and the very real events that made up the CIA’s Detention and Interrogation Program and now-outlawed use of Enhanced Interrogation Techniques. While the actual full-length report is still classified, here’s everything the film outlined. …

The U.S. Has Never Held Anyone Accountable For Torture. Daniel J. Jones Is Still Pissed Off About That

The dark and disgusting cruelties we are capable of when we’re governed by fear.

We tortured some folks,” said the President of the United States in August of 2014, in what was meant to be the kind of Frank Admission a politician will sometimes offer on the weighty issues of the day. Instead, it’s become kind of a meme. Barack Obama’s cocktail of bizarro eartnestitude and relentless folksiness was too much for our irony-soaked Internet culture. But the more you learn about the subject at hand—the CIA’s torture program, the Senate’s report on that program, and whether it was ever going to see the light of day—the less funny it all it is. If you ask the lead investigator on that report, Daniel J. Jones, it really isn’t funny at all.

“None of them are patriots. Not the people that came back from torturing and lied about it.”

“People remember that, and rightfully they should, because that’s a ridiculous line,” Jones says. “But what they don’t remember is what comes next, and it pisses me off to this day. He says something to the effect of, ‘It’s important we don’t get too sanctimonious about what these people did. These people are real patriots.’ None of them are patriots. Not the people that came back from torturing and lied about it.”

Jones spent seven years in the basement of CIA headquarters at Langley with a continually shrinking staff of Senate aides, reviewing 6.3 million documents—emails and cables between agents and decision-makers, descriptions of the torture procedures and what they did to detainees, admissions in real time that the program didn’t work and the CIA was lying about it to the Bush administration and the Department of Justice. He sat in that basement and looked at the CIA’s own paperwork—when they weren’t disappearing documents off the Senate server—until he built the story of what happened. … 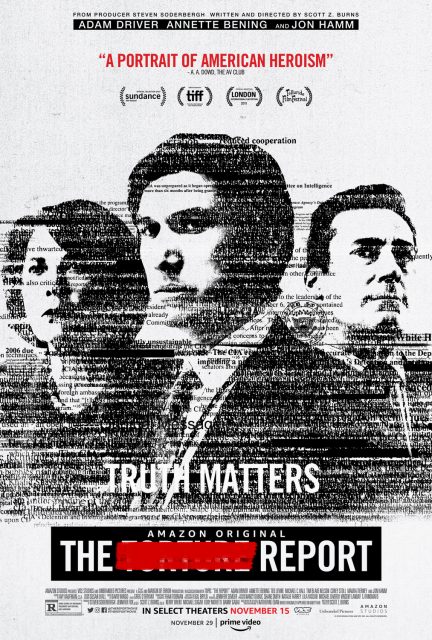