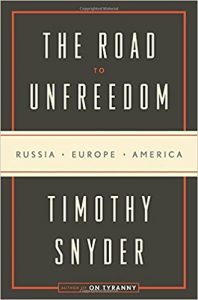 There will come a time when Donald Trump is no longer president of the United States. The Democrats may defeat Trump in 2020, sending him back to one of his resort hotels to brood and plot further chaos.

Trump could be impeached, convicted and forced from office, unlikely as that seems at this moment. A serious medical illness may mean that he is unable to fulfill his duties and is forced to resign. Because of his many scandals and likely illegal behavior, Trump could also choose to resign — if given assurances that Mike Pence, as the new president, will pardon him and his family.

There are other possibilities. Based on his threats and his obvious authoritarian tendencies, it seems possible that Trump will refuse to leave office if he is defeated, or perhaps after his second term if he is re-elected. Nonetheless, despite his malignant narcissism and his grandiose sense of self-worth, Donald Trump is not immortal. Even if he takes on the full trappings of an American emperor, at some point he will no longer occupy the White House.

Whichever scenario comes to pass, the American people will still have the challenge of healing, improving and protecting American democracy so that a fascist authoritarian such as Donald Trump can never take power again.

Yale University historian Timothy Snyder is one of the most insightful truth-tellers about Donald Trump’s movement and the dangers of authoritarianism in America and around the world. His 2017 bestselling book “On Tyranny” explained how sick democracies succumb to fascism and authoritarianism. “On Tyranny” is also a survival guide for the American people about the lessons they can learn from other countries and other historical eras about how to survive such a regime.

Snyder’s 2018 follow-up, “The Road to Unfreedom,” maps out how Vladimir Putin’s Russia has worked to destabilize Western liberal democracy, as seen with Brexit, Trump and the rise of the global New Right.

I recently spoke with Snyder about the health of American democracy in the third year of Trump’s presidency. Snyder also shared his concerns about the ways Trump and Attorney General William Barr are working to undermine democracy and the rule of law.

In this conversation, Snyder implores the “Resistance” and other Americans of conscience to craft a positive narrative of their political vision rather than simply opposing Donald Trump’s regime. Snyder also urges the Democrats, especially if they defeat Trump in 2020, to immediately pursue a plan to save American democracy and the country’s future by addressing fundamental problems of social inequality and imminent global climate disaster. As he did in “On Tyranny,” Snyder again warns that if Trump is re-elected, the American people must enter survival mode and learn lessons about how people in other countries survived authoritarianism and totalitarianism, and ultimately defeated them.

This conversation has been edited for clarity and length. You can also listen to my full conversation with Timothy Snyder through the player embedded below. …

Read The Rest And Link To 19-Minute Audio