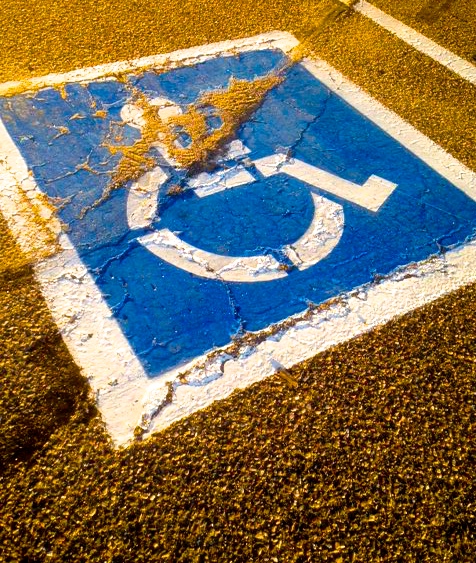 “We have to take this evil deadly seriously.”

This so-called ‘Army Built to Fight Medicare for All’ is just hired guns hired by corporate stooges. But doctors, nurses, and activists from across the country fight for Medicare for All because it’s right.”

That’s how Adam Gaffney, president of Physicians for a National Health Program (PNHP), responded Monday to a Politico report about how top health industry lobbies “have joined forces to take down socialized medicine.”

From patients and doctors to politicians and their staffers, many Medicare for All advocates reiterated their commitment to radically transforming the U.S. healthcare system in response to the reporting—which opened with Federation of American Hospitals CEO Chip Kahn recalling a September 2017 speech in which Sen. Bernie Sanders (I-Vt.), flanked by fellow senators and physicians, introduced Medicare for All legislation.

Sanders, who is now seeking the 2020 Democratic nomination for president, introduced the Medicare for All Act of 2019 (S. 1129) in April. Ensuring healthcare as a human right for all Americans is a key promise of the senator’s second campaign for the White House and he has turned “I wrote the damn bill” into a rallying cry.

Kahn, a former GOP operative whose federation represents more than 1,000 for-profit hospitals, “knew he needed to do something” in the wake of Sanders’ 2017 speech because the senator wasn’t the sole lawmaker on the stage, according to Politico. A number of Democratic lawmakers who co-sponsored Sanders’ 2017 bill are now running against him in the 2020 primary.

Politico reported that because of Sanders’ speech—and his broader push to scrap private health insurance and the Affordable Care Act (ACA) signed by former President Barack Obama in favor of a system that serves all people in the country—Kahn “realized” he needed to “broker a ceasefire” and organize the private-sector opposition:

“With the images of that Sanders event replaying in his head, Kahn made a phone call—and then, over the next few weeks, another and another. Those calls would lead to a series of secretive meetings in downtown D.C. where officials from every part of the health care industry—from insurance companies to hospital giants, drugmakers, and even, for a time, doctors—would forge an alliance united to ensure that Sanders’ promises never became reality.

:Out of their pact grew an influence operation known today as the Partnership for America’s Health Care Future, a multimillion-dollar cooperative designed to overwhelm not just the swelling Medicare for All movement, but every single Democratic proposal that would significantly expand the government’s role in health care.

“Its core conviction: Right now, things aren’t actually that bad. Nine in 10 people have health coverage, insurance premiums are stabilizing, and the system is working better than ever for the vast majority of the country. What Americans need now is a Washington willing to tinker and to shore up Obamacare’s weak points, not take a sledgehammer to the entire structure.”

Breaking down one of the key sections from Politico‘s reporting quoted above, Paris offered her commentary via email by making the following notations (her emphasis):

“Its core conviction (what we have to convince the media to sell to the American people): Right now, things aren’t actually that bad (ignore surprise billing, out-of control drug prices, and unaffordable premiums, co-pays, and deductibles). Nine in 10 people have health coverage (ignore that commercial insurance coverage leaves those people exposed to all of the above), insurance premiums are stabilizing (because commercial insurers are expert at risk adjustment), and the system is working better than ever for the vast majority of the country (all those poor, lazy, racially and sexually diverse people don’t matter anyway).”

Kahn told Politico that “the reason for the invention of the Partnership was that the Democratic Party was forgetting what it had done and, in our view, going off on a tangent that would shake everything up if they ever really got power.”

The growing Democratic support for Sanders’ Medicare for All effort “set off alarm bells,” said Kahn, who spoke fondly of “incremental” and “pragmatic change” in politics and added that his group is prepared to spend “many millions.”

Since the Partnership (also known as PAHCF) launched in June 2018 with five member groups, including Kahn’s, it has “expanded at breakneck speed,” reported Politico. “By earlier this year, virtually every part of the healthcare industry was on board.”

In a call with reporters Monday hosted by the group Public Citizen, multiple economists and Rep. Pramila Jayapal (D-Wash.)—lead sponsor of the U.S. House Medicare for All bill (H.R. 1384) introduced in February—combatted some of the healthcare industry’s key claims.

“Our current health system, designed to line the pockets of for-profit companies, is a massive anchor that drags down our economy,” said Jayapal. “Medicare for All, on the other hand, would actually guarantee comprehensive coverage for everyone and bring down overall health expenditures—saving American families money and allowing businesses to compete and thrive in the global economy.”

Unlike the hospital associations, trade groups, and Chambers of Commerce that now make up the PAHCF, polling in recent months has shown that the American public—especially Democratic voters—supports Medicare for All.

Sanders and his allies have repeatedly raised concerns about the Partnership’s efforts to quash support among other lawmakers and the public for implementing a national single-payer system. Sanders called out the group in a Buzzfeed News op-ed in May.

Rep. Ro Khanna (D-Calif.), co-chair of Sanders’ 2020 campaign, told Politico that in terms of opposition to Medicare for All, “we’re not up against an intellectual argument… we’re up against interests.”

Staffers on Sanders’ campaign and other single-payer supporters shared the Politico report on social media along with condemnation of the Partnership that is determined to destroy what some have dubbed Sanders’ political hallmark.

Ari Rabin-Havt, Sanders 2020 deputy campaign manager, listed some of the consequences if the PAHCF succeeds in killing Mediare for All and similar legislative proposals. …