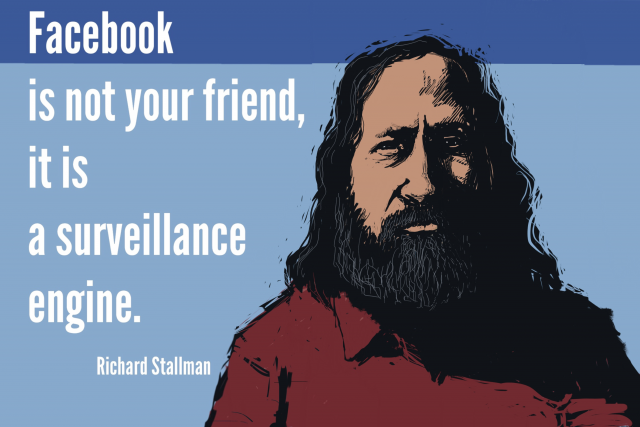 “The greatest propaganda machine in history.”

[Editor’s Note: Actor and comedian Sacha Baron Cohen delivered a brilliant assessment of the threat and role of social media in the propagation of hate and intolerance at an  Anti-Defamation League (ADL) dinner. In particular, he took Facebook owner Mark Zuckerberg to task for the role of Facebook in spreading hate worldwide, which he described as “the greatest propaganda machine in history”. Going beyond criticism, Cohen made some very useful suggestions for fixes. — Mark L. Taylor]

Now, I realize that some of you may be thinking, what the hell is a comedian doing speaking at a conference like this!  I certainly am.  I’ve spent most of the past two decades in character.  In fact, this is the first time that I have ever stood up and given a speech as my least popular character, Sacha Baron Cohen.  And I have to confess, it is terrifying.

I realize that my presence here may also be unexpected for another reason.  At times, some critics have said my comedy risks reinforcing old stereotypes.

The truth is, I’ve been passionate about challenging bigotry and intolerance throughout my life.  As a teenager in the UK, I marched against the fascist National Front and to abolish Apartheid.  As an undergraduate, I traveled around America and wrote my thesis about the civil rights movement, with the help of the archives of the ADL.  And as a comedian, I’ve tried to use my characters to get people to let down their guard and reveal what they actually believe, including their own prejudice.

“If a neo-Nazi comes goose-stepping into a restaurant and starts threatening other customers and saying he wants kill Jews, would the owner of the restaurant be required to serve him an elegant eight-course meal?  Of course not!  The restaurant owner has every legal right and a moral obligation to kick the Nazi out, and so do these internet companies.”

Now, I’m not going to claim that everything I’ve done has been for a higher purpose.  Yes, some of my comedy, OK probably half my comedy, has been absolutely juvenile and the other half completely puerile.  I admit, there was nothing particularly enlightening about me—as Borat from Kazakhstan, the first fake news journalist—running through a conference of mortgage brokers when I was completely naked.

But when Borat was able to get an entire bar in Arizona to sing “Throw the Jew down the well,” it did reveal people’s indifference to anti-Semitism.  When—as Bruno, the gay fashion reporter from Austria—I started kissing a man in a cage fight in Arkansas, nearly starting a riot, it showed the violent potential of homophobia.  And when—disguised as an ultra-woke developer—I proposed building a mosque in one rural community, prompting a resident to proudly admit, “I am racist, against Muslims”—it showed the acceptance of Islamophobia.

That’s why I appreciate the opportunity to be here with you.  Today around the world, demagogues appeal to our worst instincts.  Conspiracy theories once confined to the fringe are going mainstream.  It’s as if the Age of Reason—the era of evidential argument—is ending, and now knowledge is delegitimized and scientific consensus is dismissed.  Democracy, which depends on shared truths, is in retreat, and autocracy, which depends on shared lies, is on the march.  Hate crimes are surging, as are murderous attacks on religious and ethnic minorities.

What do all these dangerous trends have in common?  I’m just a comedian and an actor, not a scholar.  But one thing is pretty clear to me.  All this hate and violence is being facilitated by a handful of internet companies that amount to the greatest propaganda machine in history.

The greatest propaganda machine in history. …

Link To Transcript And 24-Minute Video