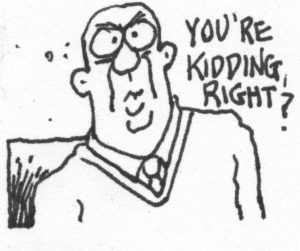 But his father’s centrality to the Ukraine scandal could put it all in jeopardy.

Rudy Giuliani told me his son’s hire “wasn’t the usual ‘hire my kid’ situation.” “He’s known the president since he was a baby,” Rudy said. “Now, did he know him in the first place because he was the mayor’s son? Sure, but they also had a relationship independent of me.”

And as the person with one of the better golf handicaps in Trump’s inner circle, Giuliani sometimes traveled with the president for the sole purpose of joining him for a round or two.

The younger Giuliani has served in the Office of Public Liaison, beginning as an associate director, since March 2017, making him one of the longest-serving members of the Trump administration. According to White House personnel records from 2018, he earns a salary of $90,700. The public-liaison office deals with outreach to outside coalitions, and several of the current and former administration officials I spoke to for this story said Giuliani helps arrange sports teams’ visits to the White House. (Sergio Gor, who is deputy chief of staff for Senator Rand Paul and close to Giuliani, called him a “liaison to the sports community.”) But sports-team visits are more special-occasion than scheduling staple in the business of government, especially in this White House, where many title-winning teams decline invitations to visit or are simply not invited at all. (Trump has, however, given a large number of awards, such as the Medal of Freedom, to sports figures.) Steve Munisteri, who was principal director of the public-liaison office and Giuliani’s supervisor from February 2017 to February 2019, told me that Giuliani fills out his time by serving as the office’s representative at White House meetings about the opioid crisis.

Others who have worked with Giuliani offered a different take on his White House tenure. “He doesn’t really try to be involved in anything,” one former senior White House official told me, speaking on the condition of anonymity in order to be candid. “He’s just having a nice time.” …