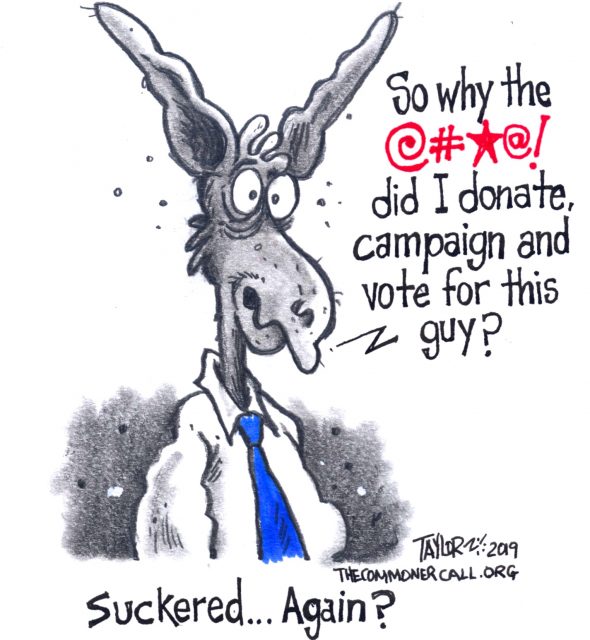 Peaceful protestors can now be charged with a felony punishable by up to six years in prison and a $10,000 fine.

Wisconsin Governor Tony Evers (D) signed a bill into law Wednesday designed to criminalize and chill environmental protests, despite widespread opposition from local and national environmental and social justice groups, as well as some of Wisconsin’s federally recognized tribes.

In a press release, the Governor echoed oil and gas industry talking points, which the Center for Media and Democracy (CMD) revealed earlier, saying, “Today, I signed Assembly Bill 426, which aims to ensure each energy provider is treated the same under the law while still protecting the right to exercise free speech and the right to assembly.”

The law, now 2019 Wisconsin Act 33, echoes similar “critical infrastructure protection” model bills pushed out by the American Legislative Exchange Council (ALEC) and the Council of State Governments over the last two years to prevent future protests like the one against the Dakota Access Pipeline. Wisconsin is the tenth state to pass such a bill.

“Special protections designed to protect the energy industry from protests, including nonviolent civil disobedience, do nothing to protect the public or worker safety. They do threaten our democracy by chilling dissent.”

Under the new law, peaceful protestors can now be charged with a felony punishable by up to six years in prison and a $10,000 fine if they trespass on property owned, leased, or operated by companies engaged in the distribution of oil or petroleum.

In apparent recognition of Tribal Nation opposition to the bill, including the Ho Chunk Nation, the Bad River Band of Lake Superior Chippewas, and the Menikanaehkem, Evers continued, “while I am signing this bill today, I expect that moving forward members of the Legislature will engage in meaningful dialogue and consultation with Wisconsin’s Tribal Nations before developing and advancing policies that directly or indirectly affect our Tribal Nations and indigenous persons in Wisconsin.”

Few Senators addressed concerns of the Tribal Nations during public hearings and a floor amendment to narrow the conditions under which protestors could be charged with a felony failed. “Neither the energy industry nor the state of Wisconsin has consulted any tribal government about how this legislation would infringe on the sovereignty of Wisconsin’s twelve Indian Nations,” said Maria Haskins of Menikanaehkem Inc.

On Tuesday, two letters urging the Governor to veto were delivered from large coalitions. Thirty-six groups in Wisconsin including the ACLU, the Sierra Club, the landowner group 80 Feet is Enough!, the Menikanaehkem, and others, pointed to a number of concerns, including that the bill violates constitutional rights, will result in more people of color imprisoned, and a loss of landowner rights.

Fourteen national groups including Defending Rights & Dissent, Greenpeace, the National Lawyers Guild, PEN America, and others expressed opposition and asked for a veto. … “Special protections designed to protect the energy industry from protests, including nonviolent civil disobedience, do nothing to protect the public or worker safety. They do threaten our democracy by chilling dissent.”

(Commoner Call cartoons by Mark L. Taylor, 2019. Open source and free for non-derivative use with link to www.thecommnercall.org )

Here’s An Example Of How To Hold A Politician Accountable

The following Facebook post is from Paul Spink regarding a state labor issue that almost snuck through Gov. Evers’ office. In an earlier post Paul noted:

“His administration just released a new Employee Handbook Chapter #412. This chapter dismantles the rights to union representation and due process that even Scott Walker didn’t dare to touch.”

Spink called upon his AFSCME union brothers and sisters to call Gov. Evers’ office and the note below is the update he posted Friday.

Often I hear that we should not call out dem office holders; that it is “too negative”; “harmful to the party”; “not constructive” yada, yada.

Here’s the deal, fellow citizens: We want our office holders nervous and always angling for our support. Citizen campaigns never end with an election; they have to be ongoing; a movement. It’s a long game. Dems have ignored what the GOP has known for 40 years.

Journalist Chris Hedges tells the story of how once when the Nixon White House was encircled by anti-war protesters, city buses had been lined up as a barricade. Nixon was terrified fretting to Henry Kissinger that “they” would get into the White House. In many ways Nixon was pretty liberal, more liberal on some things than most of the recent dem presidents — for example, he established the Environmental Protection Agency. But he didn’t do it out of he goodness of his heart. He did it out of fear of the voters. Politicians rarely act out of the goodness of their heart. Ultimately, they respond to pressure.

As Spink notes below: “…we need to remain vigilant and engaged. We have to be our own first line of defense as we continue our forward momentum.” Words to live by.

This is especially true with Evers since Scott Walker salted the bureaucracies with political appointees who are not onboard with Evers’ agenda. And then there is the influence of the state dem party to consider.

I want to personally thank every AFSCME member, every labor activist, public worker and ally who reached out and contacted Governor Tony Evers today. The administration has put an immediate halt to the new chapter 412 of the state employee handbook. The Governor has assured us that public employees will not be harmed and the voices of AFSCME members will be a direct part of replacing this unfortunate and indefensible policy.

Our voices, raised together, made the difference today. Once again we demonstrated that direct action and solidarity are the keys to our power and success. I’m proud of what we accomplished together!

However, we need to remain vigilant and engaged. We have to be our own first line of defense as we continue our forward momentum. We will see respect and dignity in the workplace again. We know how to get there; we just need to remain committed to our goals and each other.