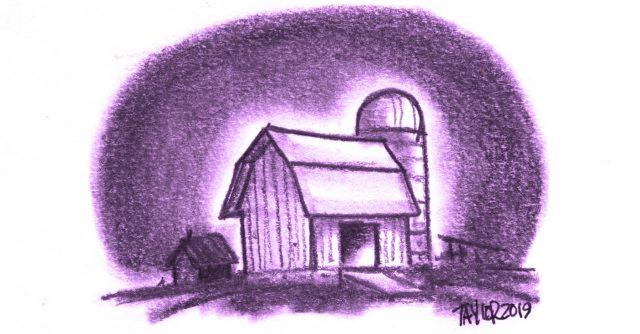 To win the votes they need in rural areas, Democrats need a platform as bold as what Warren and Sanders propose.

Donald Trump’s secretary of agriculture came to Wisconsin last week to deliver the message that things are far worse for Wisconsin’s struggling dairy farmers than they knew. Speaking to reporters at the World Dairy Expo, Sonny Perdue expressed doubts about whether family farmers can survive in an industry where the factory farms favored by Perdue’s agribusiness associates are taking over.

“In America, the big get bigger and the small go out. I don’t think in America we, or any small business, we have a guaranteed income or guaranteed profitability,” announced the man who is supposed to be concerned about keeping working farmers on the land.

That’s a reality that could have political consequences in 2020, if Democrats figure out how to talk about it.

Trump ran well in rural America in 2016, at a time when the Democratic Party was particularly neglectful when it came to reaching out to farm country and the small towns of states such as Wisconsin. The results were devastating for the Democrats. While Barack Obama had held his own in rural counties in 2008 and 2012, the numbers for Hillary Clinton in those same counties were insufficient to maintain Democratic advantages in Wisconsin, Michigan and Pennsylvania — the states where narrow wins gave Trump an Electoral College advantage even as he lost the popular vote by 2.9 million ballots.

Obama’s numbers were not the best ever for Democrats in rural areas, but they provide a good benchmark for thinking about 2020. In his days as an Illinois state legislator and later as a U.S. senator, Obama took his cues from National Farmers Union leaders and paid a good deal of attention to rural issues. That paid off for him when he was topping the ticket in Wisconsin. Exit polls in 2008 gave him 45 percent of the vote from small cities, towns and rural areas; in 2012, Obama still took roughly two-fifths of that vote.

In 2016, Democratic numbers collapsed. While Trump lavished attention on rural areas, the Clinton campaign disengaged from them. It was a terrible miscalculation. …

(Commoner Call art by Mark L. Taylor, 2019. Open source and free for non-derivative use with link to www.theommonercall.org )