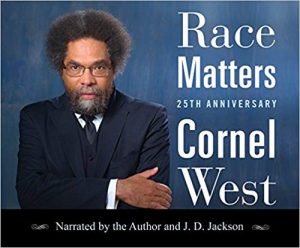 Donald Trump’s presidency is a stress test for American democracy, the rule of law and the U.S. Constitution. The enduring strength of American democracy has long been prefaced on the assumption that the country’s leaders — especially the president — had some basic respect for democracy. Moreover, the president was assumed by both elites and the public to be a person who wanted to leave the country better off than it was when he or she first took office. Donald Trump has exposed these assumptions as grossly naïve, paper-thin restraints on a person who has shown himself to be mentally unwell, as well as an authoritarian demagogue.

Donald Trump is an American fascist. His movement — the supporters, enablers, voters, the Republican Party and the conservative media — are implements of Trump’s will. In TrumpWorld he is a king or emperor whose perfidy, greed and ego supersede the common good and American democracy. As with other authoritarians and demagogues, cruelty and the ever-present threat of violence is both how Trump enforces their will as well as being an end goal in themselves.

So if your dream is just to be the head and winner of a rat race, then you can do that. But when you win, you’re still a rat. It’s still moral and spiritual impoverishment. So if the American Dream is just narrow success and has nothing to do with spiritual greatness, then you will never be spiritually great. The aim is to try to be a human being.

Trumpism is a crisis of public policy. Trumpism is a moral crisis. Trumpism is a psychological, emotional and physical assault on the American people. Defeating Trumpism will require a critical intervention across all areas of America’s political culture and institutions.

I recently spoke with philosopher, public intellectual, activist, scholar, and author Dr. Cornel West about resistance and hope in the age of Trump as well as the unique role that black Americans have played in sustaining and fighting for the country’s democracy. West is Professor of the Practice of Public Philosophy at Harvard and a professor emeritus at Princeton. He is the author of several bestselling books, including “Democracy Matters,” “Race Matters” and “Black Prophetic Fire.”

In this wide-ranging conversation, West explained how Donald Trump embodies the worst of American society — but that Trump’s rise to power should not be a surprise. He also reflected on his support of Bernie Sanders, his criticisms of Barack Obama, and why American society needs challenging truth-tellers such as comedian Dave Chappelle. …