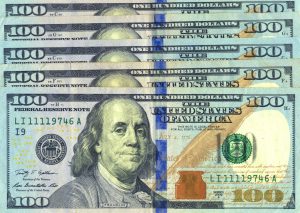 At racetracks all across America, lucky bettors every so often rake in small fortunes when the horses they pick to finish one, two, three — a trifecta — just happen to finish in that order. Last spring at the Kentucky Derby, for instance, a $1 trifecta bet returned a tidy little $11,475.30.

But America’s awesomely affluent don’t have to place any bets to rake in windfalls. They’re essentially hitting jackpots on a daily basis, as a “trifecta” of timely just-released research reminds us.

The first of these three newly released blasts came in late September from the Census Bureau. The gap between America’s haves and have-nots, the new Census data show, has grown “to its highest level in more than 50 years of tracking income inequality.”

It’s the inequality, stupid, the vast gap between the rich and everyone else that’s poisoning nearly every aspect of modern American life, from our crumbling infrastructure to our endangered environment.

The first week in October then brought the second blast, an Institute for Policy Studies analysis on the latest trends in corporate executive pay. In 2018, the IPS report details, 50 major U.S. corporations paid their CEOs over 1,000 times the compensation that went to their most typical workers.

The third blast comes from two of the world’s top inequality scholars. In 2018, economists Emmanuel Saez and Gabriel Zucman inform us, America’s 400 richest households paid taxes at a lower rate than any other income cohort in the nation, the first time that’s happened since the modern federal income tax went into effect in 1913.

Households in the nation’s poorest 50 percent, by contrast, paid 24.2 percent of their incomes in combined 2018 federal, state, and local taxes.

These disturbing new numbers appear Saez and Zucman’s new book, The Triumph of Injustice. The book traces how tax rates on the richest of America’s rich have nosedived since the middle of the 20th century. In 1950, the two economists point out, our top 400 households had a combined tax bill that averaged 70 percent of their incomes. A generation later, in 1980, that combined rate took 47 percent — about half — of top-400-household incomes. That rate has since fallen to last year’s 23 percent.

Forbes earlier this month released the 2019 ranking of the top 400. The fortune now needed to enter the ranks of America’s 400 richest: $2.1 billion.

Admittedly, we’re not taking inflation into account with this comparison. So let’s do that. Adjusting for inflation, Ludwig — the richest single individual in the inaugural Forbes list — had a 1982 fortune worth $5.3 billion. A stash that size today would rank him just 125th.

Wages for the typical American worker, meanwhile, have been “increasing” on average by less than a half percent a year over the last four decades.

No, it’s the inequality, stupid, the vast gap between the rich and everyone else that’s poisoning nearly every aspect of modern American life, from our crumbling infrastructure to our endangered environment. Hitting an occasional trifecta at the racetrack won’t close that gap. Taxing the rich — and confronting their corporate power — will.