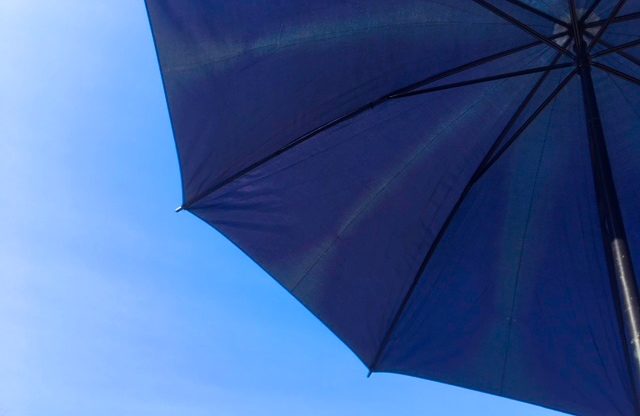 The National Public Radio show This American Life recently traveled to Hong Kong to join protesters on the streets and in their living rooms to learn about what it is like to participate in risky mass protests against corrupted power. The massive weekend protests began several months ago over a now withdrawn extradition law that could have made Hong Kong residents subject to disappearance in mainland Chinese prison camps.

Hong Kong police have grown increasingly aggressive with one protester recently being shot. In response some demonstrators have become increasingly aggressive against property. Protesters in the ‘Umbrella Movement’ often use walls of umbrellas as a way to shield themselves from the pepper spray and blue dyed water police spray on crowds to later identify and arrest protesters.

The stakes have been escalating on both sides of the protests. A segment of the documentary focuses on the impact all this is having on a family where the father is a retired police officer, the son is a protester and the mother hums the protest anthem while preparing a meal in the kitchen.

It would be so nice to think that with our Bill of Rights protections America would be a model for such courageous citizen engagement, activism and vision in this tale, but unfortunately much of our numbed out, whiny, passively plump citizenry has little to teach and much to learn about from this powerful and at times deeply personal radio documentary.

In fact about all the brave Hong Kong freedom marchers have gotten from the United States is Apple’s Tim Cook blocking a critical iPhone app used by protesters to organize, the NBA rolling over to Chinese objections to a tweet, calls from Donald Trump for China to investigate his political opponents and a big sleepy yawn from Americans.

As a bonus, three Hong Kong artists depict what they expect life will be like in Hong Kong when the city is fully under Chinese control in 2047 when the handover negotiated between Great Britain and China 22 years ago goes into full effect. Link to the artwork here.

We have much to learn from our young brothers and sisters in Hong Kong.

‘Glory To Hong Kong’: How Protesters Got A New Song

“We needed a song to connect and this was the answer to that.”

Glory to Hong Kong, a four-verse song with Cantonese lyrics that references “tears on our land” and “democracy and liberty”, has been picked up in recent weeks by thousands of people gathering in shopping malls, football match and parks.

It was written only recently by a local musician in his mid-20s, who only wishes to be identified as “Thomas”.

“I came up with the melody… in early August. And from there I wrote the rest of the song,” he said.

Despite the government scrapping the extradition bill which sparked the initial unrest, the protestors are continuing their action, and have expanded their demands to include full democracy and an investigation into alleged police abuses.

Thomas told the BBC “people were growing tired and weary” after three months of protests, but that there’s “now new energy in the movement and protesters seem to have been re-energised”.

Where did the song come from?

Singing has played a large part in the protests since they began in June. The Christian hymn Sing Hallelujah to the Lord and Do You Hear the People Sing? from hit Broadway musical Les Miserables have proved particularly popular.

A few weeks ago, Thomas posted the first version of Glory to Hong Kong – sometimes translated as Glory be to thee, Hong Kong – on LIHKG, a local Reddit-like forum (link in Cantonese).

He said he felt the need for a song that captured the energy of the protesters, so composed the marching-style tune. …