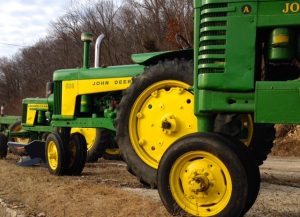 Furious family farmers flamed Department of Agriculture Secretary Sonny Perdue Wednesday after comments he made on the future of the dairy business that cast doubt on the future of small farms during a stop in Wisconsin Tuesday.

“In America, the big get bigger and the small go out,” said Perdue. “I don’t think in America we, for any small business, we have a guaranteed income or guaranteed profitability.”

The secretary added that in his view the industry was leaving smaller producers behind.

“It’s very difficult on an economy of scale with the capital needs and all the environmental regulations and everything else today to survive milking 40, 50, or 60, or even 100 cows,” Perdue said.

Perdue made the remarks to reporters at the World Dairy Expo in Madison. The setting, as The Associated Press pointed out, was apt for the secretary’s somewhat ruthless comments:

“Wisconsin, which touts itself as America’s Dairyland on its license plates, has lost 551 dairy farms in 2019 after losing 638 in 2018 and 465 in 2017, according to data from the state Department of Agriculture, Trade, and Consumer Protection. The Legislature’s finance committee voted unanimously last month to spend an additional $200,000 to help struggling farmers deal with depression and mental health problems.”

“Small farmers were, again, surprised by Agriculture Secretary Perdue’s callousness when he casually told them that small farms would probably not survive,” Jim Goodman, board president of the National Family Farm Coalition, told Common Dreams. “Five years of plunging farm prices, increasing bankruptcies, and climbing suicide rates were not discussed by Perdue. His message to them was basically, stop whining, your demise is inevitable.”

“What I heard today from the secretary of agriculture is there’s no place for me,” said fifth-generation farmer Jerry Volenec. “Can I get some support from my state and federal government? I feel like we’re a benefit to society.”

At Esquire, Charlie Pierce wrote that Perdue was telling a truth that is seldom uttered:

“It takes a rare fella to say so plainly that America is essentially a monopoly culture, and that the ultimate goal of a free market is to achieve the absolute minimal amount of actual competition—especially to an audience of people whose livelihoods are being destroyed by those very dynamics.”

Farming advocates pushed back on what they saw as Perdue’s claim that Big Ag is unstoppable.

“Farms aren’t just businesses, Mr. Secretary,” Craig said. “These are farm families and ways of life. I’ll continue to stand with my farmers every step of the way.”

The National Family Farm Coalition’s Goodman said he doubts Perdue understands the role of the federal government, despite being a part of it.

“He doesn’t get it,” said Goodman. “Government is supposed to work for the people, not tell them to go to hell.”

(Commoner Call photo, 2019. Open source and free for non-derivative use with link to www.theconnonercall.org )