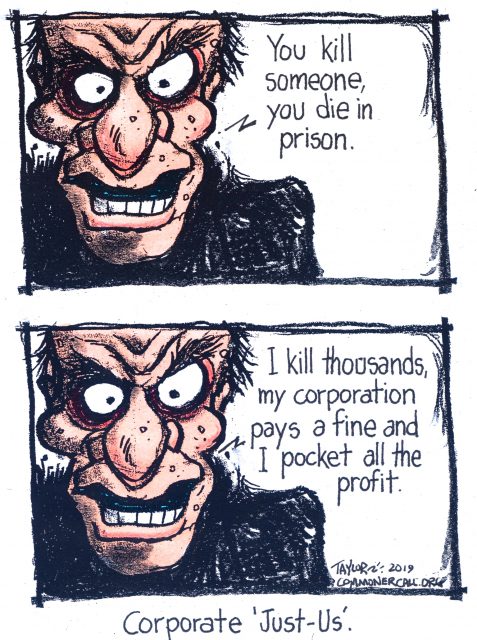 “Purdue has had all of its money sucked from it by the Sacklers, so the money is with the Sacklers. This proposal is … not going to require the Sacklers to pay back any profits they took out from Purdue from the sales of OxyContin over the last 10 years.”

Purdue Pharma’s bankruptcy filing, the centerpiece of a settlement intended to shield the company and its owners from more than 2,500 lawsuits by cities and states over its role in the opioid crisis, is already facing tough opposition from critics.

Purdue manufactures OxyContin, the drug that’s widely blamed for starting the country’s opioid crisis. It is facing lawsuits from virtually every state in the country, as well as thousands of cities, counties, Native American tribes and others seeking restitution for the opioid epidemic.

“In no uncertain terms, any deal that cheats Americans out of billions of dollars, allows the Sacklers to evade responsibility, and lets this family continue peddling their drugs to the world is a bad one, which is why New York remains opposed to it.”

The company’s move to seek protection in bankruptcy court, announced Sunday night, is part of a settlement that Purdue estimates to be worth $10 billion, a sum which will be split between the thousands of plaintiffs that have sued the drugmaker.

But states that have not signed on to the deal quickly criticized the settlement, saying that it is not nearly enough to address the opioid crisis and that it will take years before the full terms are realized, if at all.

They are gearing up for a fight in bankruptcy court and are expected to try to pursue Purdue’s owners, the Sackler family, for a full accounting.

The settlement was accepted by nearly 2,300 counties and tribes, but only 24 states and five territories. Among the holdouts are a number of major states, including New York, Massachusetts, North Carolina and California. …

(Commoner Call cartoons by Mark L. Taylor, 2017 & 2019. Open source and free for non-derivative use with link to www.thecommonercall.org )

NPR’s David Greene talks to Massachusetts Attorney General Maura Healey about why she opposes the agreement with Purdue Pharma that settles the company’s role in the opioid epidemic.