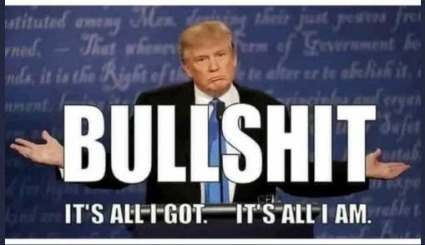 Yes, those are both alarming and alarmist questions. I have been highlighting the rash of ransomware attacks on local governments for the past few columns but now there is this from the Washington Post:

The Cybersecurity 202: Ransomware attack against the 2020 election could disrupt statewide voting databases

‘Top government cybersecurity officials are worried that ransomware, which has wreaked havoc by locking up the computer networks of businesses, schools and police stations, could be used to sow chaos during the 2020 election.

‘Perhaps most damaging of all would be if hackers used ransomware — an attack disabling an organization’s computers and encrypting its data — to lock up a state’s voter registration database in the days before an election. That would prevent local election officials from verifying that people are voting where they’re supposed to, Chris Krebs, the top cybersecurity official at the Homeland Security Department, said yesterday.

Krebs notes that “ransomeware is not a problem that is going away” while at the same time McAfee Labs “found that attacks had increased more than 100 percent over the previous year. Krebs notes his organization is “contacting more than 8,000 election jurisdictions and urging them to take basic cyberecurity measures.

Note that “about half of the states have signed up for DHS to scan their voter registration databases.”

Let’s switch gears and check in on what we know about Russian meddling in the 2016 election in Florida.

Why is the Russian meddling in 2016 such a big secret? I’m not allowed to say.

The author of the opinion piece is Rep. Stephanie Murphy (D-FL). She opens this way:

“In May, other members of Florida’s congressional delegation and I were briefed for 90 minutes in the U.S. Capitol by officials from the FBI and the Department of Homeland Security regarding Russia’s interference in the 2016 election. I sought the briefing after then-special counsel Robert S. Mueller III’s report showed Russia had probed and even pierced election networks in Florida, among the most closely contested states in U.S. politics. Although our briefers supplied new details, much remained unknown. What I do know, I can’t talk about. Why that’s the case is itself a mystery.”

Russia used a “social media campaign to sow discord”, “hacked computer accounts connected to Hillary Clinton’s campaign” and “sought to infiltrate computer networks involved in the administration of elections, which could enable Russia to alter voter registration databases or perhaps vote tabulation systems” – and Florida was at the heart of these Russian “infiltrations”.

Murhpy points out that “three years after the fact” the Mueller Report “revealed Russia had breached “at least one” county in the state” (Florida). At a first briefing it wasn’t one county, but two. But more recently the Senate Intelligence Committee reported four counties “might have been compromised Florida.” Congresspersons were told the counties but “were barred by (our) briefers from disclosing them to the public”.

Only half of our states have reached out to the DHS for half; and we have DHS asking for the 8,000 election jurisdictions to take at least “basic cybersecurity measures”.

This ‘low bar’ plea that is so far ignored by half of our states is happening against a backdrop of increased ransomware attacks against soft local government targets with DHS warning these attacks could be extended to voting infrastructure.

Why is there resistance to defending our elections by hardening our voting infrastructure? Why is this a partisan political issue?

Remember, Senate Leader ‘Moscow’ Mitch McConnell was the lone dissenting voice against advising the public over Russian interference in the 2016 election after former FBI Director James Comey briefed the Gang of Eight (Senate and House leadership). As former acting FBI Director Andrew McCabe related, “No one objected. Not on legal grounds, not on constitutional grounds, and not based on the facts.”

While I can’t pass by without pointing out that McConnell received “more than $1.2 million” in NRA campaign contributions, the more Russia relevant questions of McConnell corruption are explained here:

“It’s no wonder Senate Majority Leader Mitch McConnell is so very touchy about his new Moscow Mitch nickname. Between that aluminum mill in Kentucky Russian oligarchs are helping out with and the election boost to the Republicans McConnell is facilitating by refusing to consider election protection legislation, he’s right to be worried.”

McConnell is Trump’s leading enabler. Within the stench of Trump corruption, McConnell is hardly noticeable as he quietly flies cover for the lack of legislative action on election protection, gun legislation, manipulation of funding to Wall building … McConnell allowed a diversion of “$62.6 million in money slotted for construction” of a Fort Campbell army base middle school to be used for Trump Wall. While current news, it’s but a drop in the McConnell-Trump corruption bucket.

The real news of the week…

Against a backdrop of rising US-Iran tension, a curious consistent disavowal of an advancing North Korean nuclear program, consistent favored treatment for Putin, a cancelled planned ‘secret’ Taliban meeting during the anniversary week of the tragic 9/11 attacks, a trade war with China that threatens the US and global economies we have SharpieGate – the one thing Trump has consistently focused upon with laser light intensity for almost an entire week.

Trump cannot let it go, cannot admit he was wrong – and has finally found his Dorian ‘Mitch’. It’s sad to watch how many parts and functions of government are bent to Trump’s inane vanities – from inauguration crowd size and now faulty hurricane forecasting.

“Nearly a week before the National Oceanic and Atmospheric Administration publicly backed President Trump over its own scientists, a top NOAA official warned its staff against contradicting the president.

“…A NOAA meteorologist who spoke on the condition of anonymity for fear of retribution said the note, understood internally to be referring to Trump, came after the National Weather Service office in Birmingham contradicted Trump by tweeting Alabama would “NOT see any impacts from the hurricane.””

Or maybe you noticed this example of Trump’s unerring eye for $corruption:

“The inquiry is part of a broader, previously unreported probe into U.S. military expenditures at and around the Trump property in Scotland. According to a letter the panel sent to the Pentagon in June, the military has spent $11 million on fuel at the Prestwick Airport — the closest airport to Trump Turnberry — since October 2017, fuel that would be cheaper if purchased at a U.S. military base. The letter also cites a Guardian report that the airport provided cut-rate rooms and free rounds of golf at Turnberry for U.S. military members.

“Taken together, the incidents raise the possibility that the military has helped keep Trump’s Turnberry resort afloat — the property lost $4.5 million in 2017, but revenue went up $3 million in 2018.”

For Trump, it’s always about the…

So I guess Trump sees POTUS as a good gig – golf on our nickel and have the government use his properties to make him money and bail out his failed businesses like Turnberry and Doral — his propsed G-7 meeting site. His sycophants — um, I mean his cabinet and party — are no dummies. Heck, even his attorney general and curry-favoring personal lawyer William Barr plans to spend $30,000 for a 200-person holiday party at Trump’s DC hotel.

Trump and Trump lawyer Guiliani have already made public invites to Russia and Ukraine for 2020 election help. His leading government ‘aiding-and-abetting’ partner, McConnell and Barr are helping leave the door open for election interference – maybe a repeat of Russian 2016 interference? It reminds me of the Motel 6 tag line made famous by Tom Bodett: “We’ll leave the lights on for you!” The updated McConnell 2020 version of this is…

“Russia – we’ll leave the election back door open for you!”