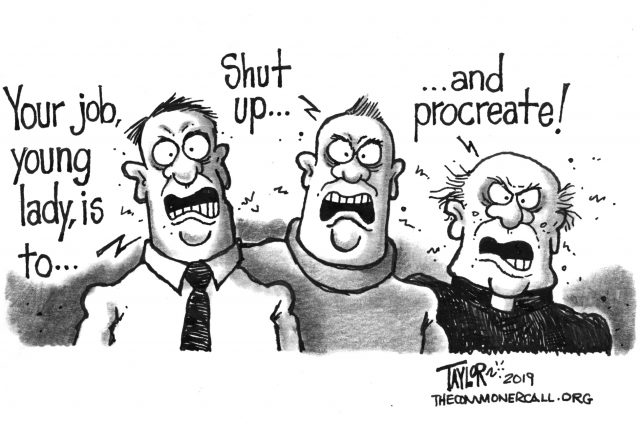 The goal of abortion opponents is clear: they do not want women to be equal players in society.

[Editor’s Note: This article explains perfectly the hypocrisy of how anti-choice activists, who are supposedly in favor of life, oppose healthcare, education and childcare and supportive family programs that help the lives they hypocritically say they are so concerned about. The reason is that it is not about life; it is all about control, dominance and power over women. — Mark L. Taylor]

According to self-identified “pro-life” advocates, the fundamental divide between those who want to outlaw abortion and those who want to keep it legal comes down to one question: when does life begin? Anti-abortion advocacy pushes the view that life begins at conception; the name of their movement carefully centers the conceit that opposition to abortion rights is simply about wanting to save human lives.

A new poll shows that’s a lie. The “pro-life” movement is fundamentally about misogyny.

If you don’t want women to be equal, a great way to force that ideal is to strip women of our rights to our own bodies and reproductive decisions.

A Supermajority/PerryUndem survey released this week divides respondents by their position on abortion, and then tracks their answers to 10 questions on gender equality more generally. On every question, anti-abortion voters were significantly more hostile to gender equity than pro-choice voters.

Do men make better political leaders than women? More than half of anti-abortion voters agreed. Do you want there to be equal numbers of men and women in positions of power in America? Fewer than half of abortion opponents said yes – compared with 80% of pro-choicers, who said they want women to share in power equally.