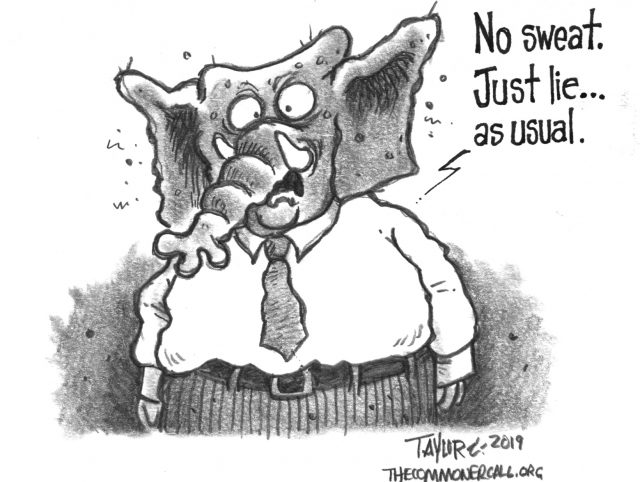 “Nothing in the world is more dangerous than sincere ignorance and conscientious stupidity.”

House Republican leadership has sent a memo to GOP members of Congress directing them to lie about right wing white supremacist gun massacres, and to call it “violence from the left.”

The memo, which The Tampa Bay Times acquired, includes talking points for congressional Republicans to parrot when speaking with reporters or constituents. It instructs them on how to address questions about gun violence, including the domestic terrorism recently perpetrated in El Paso, Texas.

If asked a question like, “Do you believe white nationalism is driving more mass shootings recently?” GOP lawmakers are being told to offer this response:

“White nationalism and racism are pure evil and cannot be tolerated in any form,” the document directs lawmakers to say, according to the Tampa Bay Times. “We also can’t excuse violence from the left such as the El Paso shooter, the recent Colorado shooters, the Congressional baseball shooter, Congresswoman Giffords’ shooter and Antifa.”

The false claims are not only being sent to Republicans in the House, the lawmakers are sending them to their constituents.

For example, as the Tampa Bay Times notes, U.S. Rep. Gus Bilirakis of Florida sent the false “violence from the left” claim in a newsletter to his constituents.

The House Republican leadership talking points also direct lawmakers to falsely conflate mass shootings where there was no political motivation, or an ambiguous motivation, with the left, such as the Dayton shooter. …