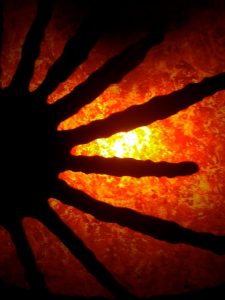 [DNC chairman Tom Perez] offered an on-the-nose illustration of how the political establishment is aiding and abetting the crimes of fossil capital.”

An ongoing forest fire has ravaged more than 42,000 acres of the Florida Everglades. Forest fires are a natural occurrence, but they are expected to get worse as climate change lengthens the fire season and reduces rainfall. About 40 miles south of the blaze is Miami, a coastal city of half a million resting on a foundation of porous limestone, which floods on sunny days and could be partly underwater by 2045.

The first Democratic Primary Debates of the 2020 election unfolded in Miami amid this climate chaos. Climate change will transform the future in unforeseeably ways. But this transformation is already happening all around us. The next decade is the time to embark on a just transition to climate safety: The Intergovernmental Panel on Climate Change report says that we need to cut global carbon emissions in half in this timeframe to have any hope of staving off a climate crisis that would existentially threaten human society. Alarmingly, most Democratic candidates have made it clear that they have little understanding of the magnitude of the threat and the response required to meet it. And moderators curated debates devoid of the urgency this moment demands.

Only Bernie Sanders seemed to grasp—and relish—the need to confront the fossil fuel industry, and to divert the “trillion and a half dollars” we spend “on weapons of destruction” to transform our energy systems.

On Wednesday, the first debate devoted a total of seven minutes to the existential threat of global warming. The moderators evidenced paltry knowled­ge of the subject: Chuck Todd confused the key terms “mitigation” (reducing emissions) and “adaptation” (increasing resiliency), and echoed right-wing talking points about the “cost” of addressing climate change. None of the 10 candidates mentioned the Green New Deal. On Thursday, it was eight minutes spent on climate, and three candidates referred briefly to the Green New Deal. One of them was John Hickenloper, who cited it as an example of why candidates shouldn’t identify as socialists.

Of course, it’s far more important to look at what candidates actually do beyond the debate spotlight. Jay Inslee stands out for convincingly campaigning on climate change as his number-one priority. His plans for sector-by-sector decarbonization and phasing out the fossil fuel industry are impressively detailed—and even suggest using state power to decommission oil, gas and coal assets.

Elizabeth Warren has multiple plans for that, and aspects of them, like the call for a concerted industrial policy and mass job creation, are good. But a worrying thread of “economic patriotism” unites those plans: She sees the global market for green technology as a way for the U.S. to reassert its manufacturing prowess, a quest for dominance that would undermine global cooperation.

At last night’s debate, Todd did a slightly better job presenting his climate question, framing climate change as a “major concern for voters” and asking for policy details. But candidates’ responses left much to be desired. …

+ Let’s start with some notes on the Democratic debates…

+ Andrea Mitchell: “Biden’s a skilled debater. We saw him with Sarah Palin.” Which was, obviously, the political equivalent of flooring Sonny Liston in the first round.

+ The ideological gap between Sanders and Michael Bennet is wider than that between Biden and Strom Thurmond.

+ Swalwell, of all the little dwarves, takes the first shot at Biden’s age.