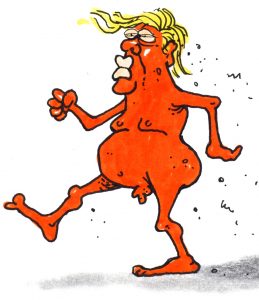 A Surpringly Good Interview With Mika Brzezinski On Trump Attacking Her: ‘It has gotten scary’

MSNBC “Morning Joe” co-host Mika Brzezinski revealed intimate details about her and husband-co-host Joe Scarborough’s fraught relationship with President Trump, claiming the conflict has made her concerned about her security, family and privacy and worrying that “anything goes” with Trump. “It has gotten scary,” Brzezinski said in an interview with the Yahoo News show “Through Her Eyes.” “And we’ve made changes in our life to deal with the fact that it has gotten scary.” Brzezinski also isn’t shy about taking a fair measure of credit for the show’s success, saying it was her husband’s idea, but she’s “the reason it’s still going.”