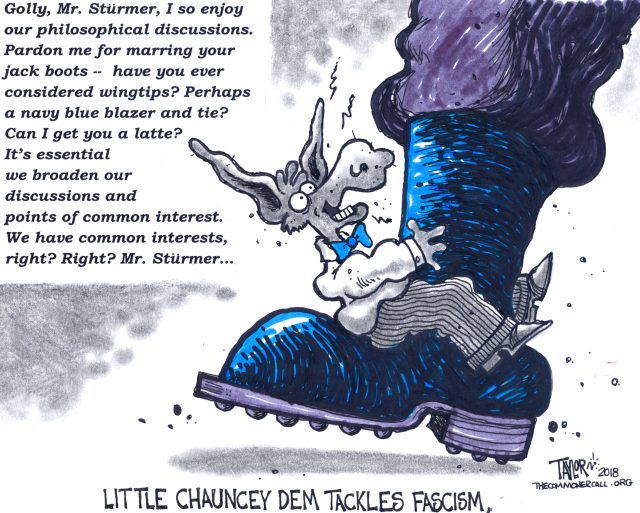 “History will indeed judge the Democrats for this.”

“History will indeed judge the Democrats for this. And why are they behaving this way? Because they’re looking at polls which say a majority of people don’t want impeachment? Guess what? The majority of Americans didn’t want to impeach Nixon when that impeachment inquiry began. Then support doubled. Why? Because they had the courage to start an impeachment investigation and then, as the evidence came out, more people turned against Nixon. The Democrats should not wait for the polls to tell them what to do. It is time to defend the Constitution.”

“America is not in a static situation. Donald Trump’s presidency is a coup in process. It’s happening right now.”

“Donald Trump is thinking that he can get away with anything. When Trump first heard about Mueller being named special counsel, he said, “This is the end of my presidency.” Trump thought it was curtains. Every day that his presidency is not ended Trump is realizing, “Oh my God, I actually can get away with this!” It emboldens him.

Running out the clock

“The Democrats do not understand that Donald Trump is running out the clock. The Democrats can go to court to fight Trump’s policies and assaults on the rule of law, but that takes too long.  Every day that goes by where Donald Trump does not have to face consequences or be held accountable for his criminal, anti-constitutional behavior is another day when he says, “Hey, guess what? I got away with it! Let’s try going a little further.”

“America is not in a static situation. Donald Trump’s presidency is a coup in process. It’s happening right now.

(Commoner Call cartoon by Mark L. Taylor, 2018. Open source and fee for non-derivative use with link to www.thecommonercall.org )