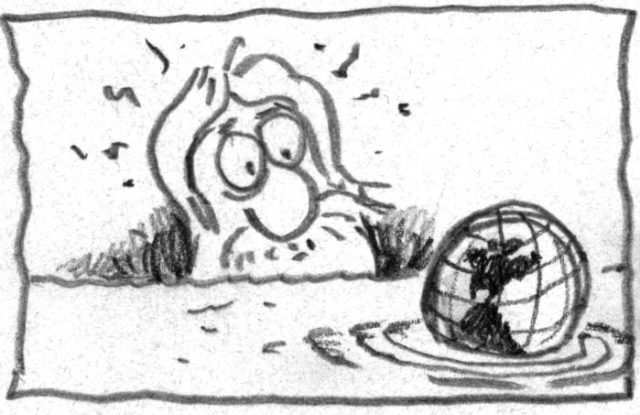 “This premature thawing is another clear signal that we must decarbonize our economies, and immediately.”

LONDON (Reuters) – Permafrost at outposts in the Canadian Arctic is thawing 70 years earlier than predicted, an expedition has discovered, in the latest sign that the global climate crisis is accelerating even faster than scientists had feared.

A team from the University of Alaska Fairbanks said they were astounded by how quickly a succession of unusually hot summers had destabilized the upper layers of giant subterranean ice blocks that had been frozen solid for millennia.

“What we saw was amazing,” Vladimir E. Romanovsky, a professor of geophysics at the university, told Reuters by telephone. “It’s an indication that the climate is now warmer than at any time in the last 5,000 or more years.”

Scientists are concerned about the stability of permafrost because of the risk that rapid thawing could release vast quantities of heat-trapping gases, unleashing a feedback loop that would in turn fuel even faster temperature rises.

With governments meeting in Bonn this week to try to ratchet up ambitions in United Nations climate negotiations, the team’s findings, published on June 10 in Geophysical Research Letters, offered a further sign of a growing climate emergency.

The paper was based on data Romanovsky and his colleagues had been analyzing since their last expedition to the area in 2016. The team used a modified propeller plane to visit exceptionally remote sites, including an abandoned Cold War-era radar base more than 300 km from the nearest human settlement.

Diving through a lucky break in the clouds, Romanovsky and his colleagues said they were confronted with a landscape that was unrecognizable from the pristine Arctic terrain they had encountered during initial visits a decade or so earlier. …

A photo, taken by Steffen Olsen from the Centre for Ocean and Ice at the Danish Meteorological Institute on 13 June, showed sled dogs wading through water ankle-deep on top of a melting ice sheet in the country’s north-west. In the startling image, it seems as though the dogs are walking on water.

The photo, taken in the Inglefield Bredning fjord, depicted water on top of what Olsen said was an ice sheet 1.2 metres thick.

His colleague at the institute, Rasmus Tonboe, tweeted that the “rapid melt and sea ice with low permeability and few cracks leaves the melt water on top”.

Olsen tweeted that his team relied on traditional knowledge from local hunters and their dogs as they searched for dry spots on the ice. The team also used satellite images to plan their trip. He said the photos documented an “unusual day” and that the image was “more symbolic than scientific to many”.

Ruth Mottram, climate scientist at the Danish Meteorological Institute, told the Guardian: “This year the expedition to retrieve the instruments – by dog-sled, still the most practical way to get around in this region at this time of year – ran into a lot of standing water on the sea ice. …