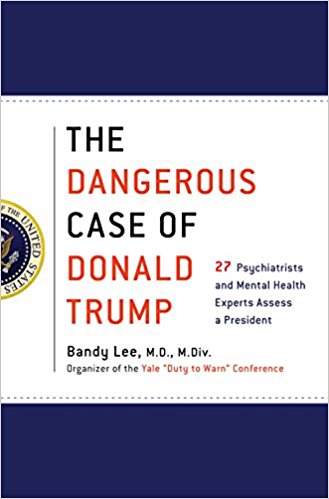 “His followers are of a similar psychology as Mr. Trump. People may try to disprove their accusations that others “are out to get us” by being exceptionally cautious—perhaps this was the special counsel’s intent when he would not make conclusions about obstruction of justice, despite the abounding evidence; perhaps this is the House speaker’s strategy in forestalling impeachment, hoping that the evidence will speak for itself. But this is misguided, since feelings of persecution will not diminish with evidence to the contrary. Rather, a long drawn-out process will encourage the sentiment that unceasing pressure, blockage, and criticism have rather prevented Mr. Trump from properly acting as president.

“More humane for his followers would be swift indictment and removal from power, which would help extinguish his legitimacy and bring things back to normal. We must also take action for the sake of public safety and our nation’s mental health. The fragility, paranoia, and disorganization Mr. Trump has lately displayed are rather the safer moments. The more dangerous ones are when the outer layers of the mind create defenses to overcompensate through “toughness” that would manifest in persecution, threats, wars, and attraction to nuclear weapons. We cannot underestimate the dangers: Mr. Trump is an urgent threat to national and international security, and we must no longer hesitate to act.”