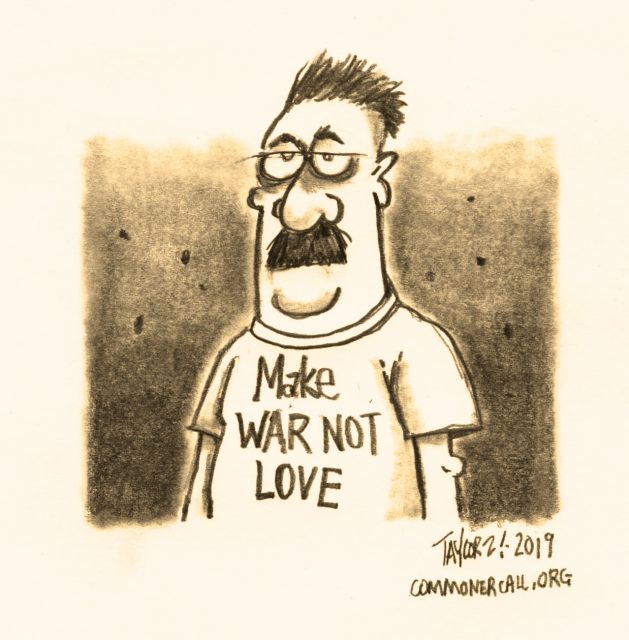 America is incapable of understanding or respecting foreigners’ instinct for self-rule.

The United States has just suspended flights to Venezuela. Per the New York Times:

A disinterested historian — Herodotus raised from the dead — would see this as just the latest volley in a siege tale. America has been trying for ages to topple the regime of President Nicholas Maduro, after trying for years to do the same to his predecessor, Hugo Chavez.

The new play in the Trump era involves recognizing Juan Guaidó as president and starving and sanctioning the country. Maduro, encircled, has been resisting.

Opposing such policies used to be a central goal of American liberalism. No more. Since 2016, it’s been stunning to watch the purging and/or conversion of what used to be antiwar voices, to the point where Orwellian flip-flops are now routine.

The American commercial news landscape, in schism on domestic issues, is in lockstep here. Every article is seen from one angle: Venezuelans under the heel of a dictator who caused the crisis, with the only hope a “humanitarian” intervention by the United States.

There is no other perspective. Media watchdog FAIR just released results of a study of three months of American opinion pieces. Out of 76 editorials in the New York Times, Washington Post, the “big three Sunday morning talk shows” or PBS News Hour, zero came out against the removal of Maduro. They wrote:

“Corporate news coverage of Venezuela can only be described as a full-scale marketing campaign for regime change.”

No room to question

Allowable opinion on Venezuela ranges from support for military invasion to the extreme pacifist end of the spectrum, as expressed in a February op-ed by Dr. Francisco Rodriguez and Jeffrey Sachs called “An Urgent Call for Compromise in Venezuela”:

So we should either remove Maduro by force, or he should leave peaceably, via negotiation. These are the options.

After the disaster of Vietnam eons ago, American thought leaders became convinced we “lost” in Indochina because of — get this — bad PR.

The real lesson in Vietnam should have been that people would pay any price to overthrow a hated occupying force. American think-tankers and analysts however somehow became convinced (and amazingly still are) that the problem was Walter Cronkite and the networks giving up on the war effort. …

(Commoner Call cartoon by Mark L. Taylor, 2019. Open source and free for non-derivative use with kink to www.thecommonercall.oeg )

Corporate news coverage of Venezuela can only be described as a full-scale marketing campaign for regime change.

A FAIR survey of US opinion journalism on Venezuela found no voices in elite corporate media that opposed regime change in that country. Over a three-month period (1/15/19–4/15/19), zero opinion pieces in the New York Times and Washington Post took an anti–regime change or pro-Maduro/Chavista position. Not a single commentator on the big three Sunday morning talkshows or PBS NewsHour came out against President Nicolás Maduro stepping down from the Venezuelan government.

Of the 76 total articles, opinion videos or TV commentator segments that centered on or gave more than passing attention to Venezuela, 54 (72 percent) expressed explicit support for the Maduro administration’s ouster. Eleven (14 percent) were ambiguous, but were only classified as such for lack of explicit language. Reading between the lines, most of these were clearly also pro–regime change. Another 11 (14 percent) took no position, but many similarly offered ideological ammo for those in support.