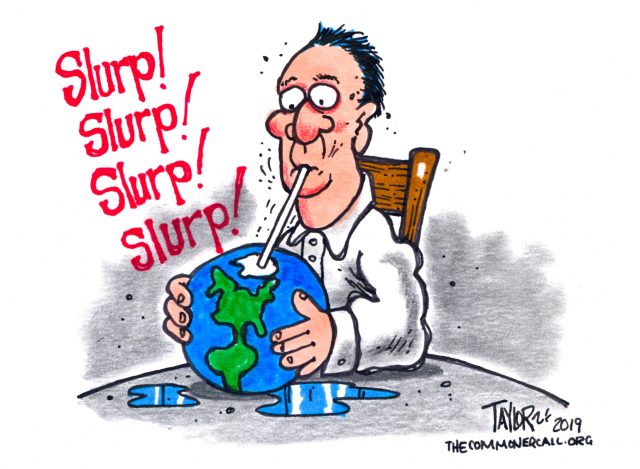 Plastic pollution across the globe is suffocating our planet and driving Earth toward catastrophic climatic conditions if not curbed significantly and immediately, according to a new report by the Center for International Environmental Law (CEIL).

As first reported by The Guardian, a review of greenhouse gas emissions (GHG) at each stage of the plastic lifestyle finds that increasing plastic and petrochemical industries expected to accelerate in the next ten years are threatening the ability to keep global temperature rise below 1.5°C degrees if the world does not immediately act. This year alone, the production and incineration of plastic will add more than 850 million metric tons of greenhouse gas to the atmosphere, equating to the pollution from 189 new 500-megawatt coal-fired power plants.

“Our world is drowning in plastic, and the plastics industry has been overlooked as a major source of greenhouse gases. But there are ways to solve this problem. We need to end the production of single-use, disposable plastic containers and encourage a transition to a zero-waste future.”

“Humanity has less than twelve years to cut global greenhouse emissions in half and just three decades to eliminate them almost entirely,” said Carol Muffet with CEIL. “The massive and rapidly growing emissions from plastic production and disposal undermine that goal and jeopardize global efforts to keep climate change below 1.5 degrees of warming.”

Comparing GHG estimates against global carbon budgets and emissions commitments, the report finds that if plastic production goes as planned, emissions will reach 1.34 gigatons per year by 2030. By 2050, the production and disposal of plastic may generate 56 gigatons of emissions, accounting for as much as 14 percent of the planet’s entire remaining carbon budget. The authors are quick to note their assumptions are conservative given the availability of data and the projection of plastic’s climate impacts are under a business-as-usual scenario. As such, realistic estimates suggest will actually be much higher.

“It has long been clear that plastic threatens the global environment and puts human health at risk. This report demonstrates that plastic, like the rest of the fossil economy, is putting the climate at risk as well. Because the drivers of the climate crisis and the plastic crisis are closely linked, so to are their solutions: humanity must end its reliance on fossil fuels and on fossil plastics that the planet can no longer afford,” said Muffet.

GHG emissions are emitted during each stage of the plastic lifecycle. Nearly every piece of plastic begins as a fossil fuel where extraction and transport can contribute significantly to GHG emissions directly through methane leaks and flaring, as well as fuel combustion and energy consumption. …

(Commoner Call cartoon by Mark L. Taylor, 2019. Open source and free for non-derivative use with link to www.thecommonercll.org )