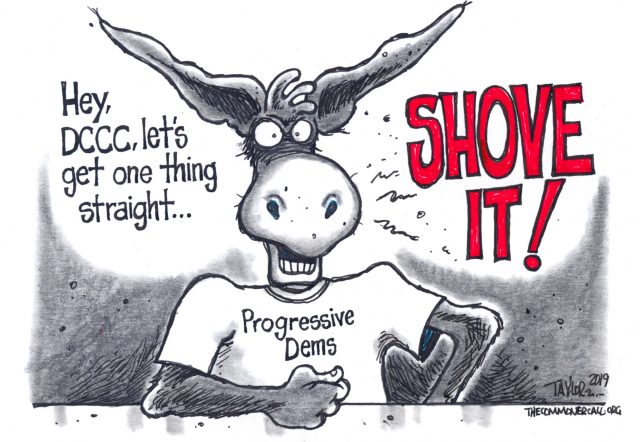 “I won’t hesitate to work with progressive candidates challenging incumbent Democrats who are out of touch with their constituents. If that means getting blacklisted by the DCCC, then so be it.”

Campaign consultants who face being frozen out tens of millions of dollars in contracts with the Democratic Party’s congressional arm are pushing back.