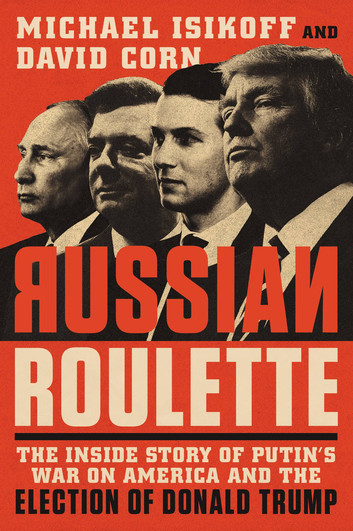 The public record is undeniable: Trump campaign people communicated with Russians during the campaign numerous times.

There has been much crowing from Trumpsters on the right and Russiagate skeptics on the left about Special Counsel Robert Mueller’s report. That is, the three-and-a-half-page letter Attorney General Bill Barr sent to Congress summarizing Mueller’s work. (The report itself remains secret and is reportedly over 300 pages.) Pointing to Barr’s citation of a single, partial sentence from the report (“[T]he investigation did not establish that members of the Trump Campaign conspired or coordinated with the Russian government in its election interference activities”), Trump and his partisans, as well as the small number of lefty Russiagate deniers, have declared that because Mueller found no direct collaboration, the Trump-Russia scandal is kaput. Some have even declared it was a hoax—and a gargantuan media con job—from the start.

These critics are wrong. And here’s an easy way to tell whether they are engaging in honest discourse.

The Russiagate detractors and the Trump champions are deliberately and deceptively narrowing the question to focus only on direct conspiracy between the Trump camp and the Kremlin, pertaining specifically to the attack. They are embracing Trump’s own self-serving standard.

Two fundamental facts were established long before Mueller completed his investigation. First, the Russians attacked an American election in order to sow chaos, hurt Hillary Clinton, and help Donald Trump. Second, Trump and his top advisers during the campaign repeatedly denied this attack was underway, echoing and amplifying Moscow disinformation (the false claim that Russia was not attacking). Whether or not the Trumpers were directly in cahoots with the Russian government, they ran interference for Vladimir Putin’s assault on the United States, and they even did so after the intelligence community had briefed Trump on Russia’s culpability.

So to determine if the Barr triumphalists are acting in good faith, you need only ask them a simple question: do you accept these basic facts and acknowledge the profound seriousness of each one?

The Russian attack on the 2016 election was an attempt to subvert the foundation of American society: the democratic process. How can Americans have faith in their government, if elections are undermined by secret schemers, including a foreign government? It is certainly arguable that the Russian intervention—particularly the stealing and drip-drip-drip dumping of the John Podesta emails across the final four weeks of the election—was one of several decisive factors in a contest that had a narrow and tight finish. Consequently, there is a strong case that Moscow helped shift the course of US history by contributing to the election of Trump. (And recognizing this is not the same as defending Hillary Clinton or concocting an excuse for the Democrats’ embarrassing loss to Trump.) …