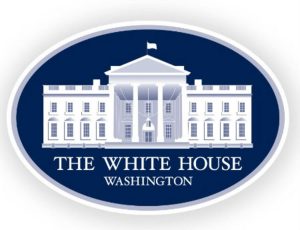 “The protection of national security is not a Democratic issue or a Republican issue; it’s an American issue, and we as security professionals owe it to make all our recommendations in the best interest of national security,” she said to NBC’s Peter Alexander in an interview that aired Tuesday.

On Monday, the House oversight committee revealed that Newbold had approached Congress to warn that she and her colleagues had recommended denials of 25 applications for clearances only to have their decisions overturned.

According to a letter from committee chair Elijah Cummings (D-Md.) to Pat Cipollone, the White House counsel to President Donald Trump, Newbold said the applications “were not always adjudicated in the best interest of national security.”

Now Newbold says she’s afraid of losing her job, having worked in the White House for 18 years.

“I am always concerned, but it’s important that we stand up to do the right thing no matter what,” she told Alexander.

Cummings said Newbold spoke out in the hopes that lawmakers would take action to shore up national security. He has since vowed to protect her.

The committee is subpoenaing Carl Klein, who was the White House personnel security director during the first half of Trump’s term and now works in the Defense Department. …