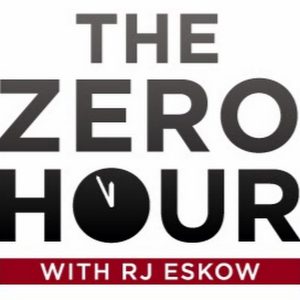 In this March 23rd episode of The Zero Hour Richard ‘RJ’ Eskow and Rolling Stone journalist and book author Matt Tiabbi mark the 16th anniversary of the disastrous Cheney/Bush Iraq by reviewing the many mistakes, errors and missed opportunities and close cooperation of most of the American media in leading the nation to war and the Middle East to multiple senseless tragedies.

16 Years Later, How The Press That Sold The Iraq War Got Away With It

How the media built new lies to cover their early ones.

Sixteen years ago this week, the United States invaded Iraq. We went in on an unconvincing excuse, articulated by George W. Bush in a speech days before invasion:

“Intelligence gathered by this and other governments leaves no doubt that the Iraq regime continues to possess and conceal some of the most lethal weapons ever devised. This regime has already used weapons of mass destruction against Iraq’s neighbors and against Iraq’s people.”

To the lie about the possession of WMDs, Bush added a few more: that Hussein “trained and harbored terrorists, including operatives of al-Qaeda.” Moreover, left unchecked, those Saddam-supplied terrorists could “kill hundreds of thousands of innocent people in our country.”

The disaster that followed cost over a hundred-thousand lives just in Iraq and drained north of $2 trillion from the budget. Once we were in and the “most lethal weapons ever devised” were not discovered, it quickly became obvious that large numbers of people at the highest levels of society had either lied, screwed up, or both.

The news media appropriately caught a huge chunk of the blame. But a public that had been fooled once was not prepared for the multiple rounds of post-invasion deceptions that followed, issued by many of the same pols and press actors. These were designed to rewrite history in real time, creating new legends that have now lasted 16 years.

These have allowed people like Bush spokesman Ari Fleischer — through whose mouth many of the chief lies of the era flowed — to come out this week and claim it was a “myth” that “Bush lied, people died.”

The myths had enormous utility to the working press, whose gargantuan errors have been re-cast as honest mistakes of judgment. …