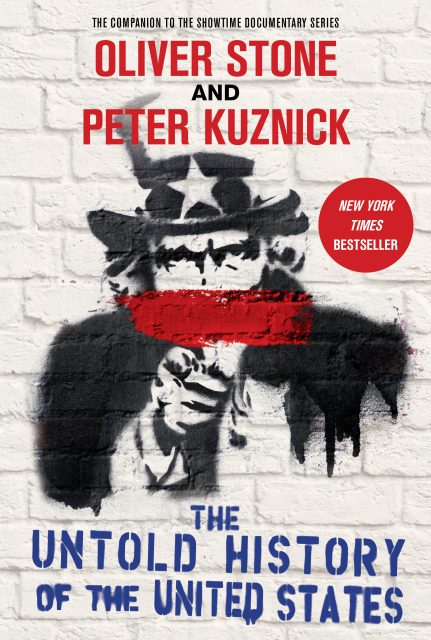 Wallace was one of the most popular public figures in America during the 1930s.

Peter Kuznick, co-author of The Untold History of the United States, spoke to Paul Jay about the significance of the vice presidency of Henry Wallace, who served in the administration of Franklin D. Roosevelt, in the context of the Bernie Sanders campaign.

“[The historian] Arthur Schlesinger talked about him being the greatest secretary of agriculture in American history,” said Peter Kuznick. “He turned the agricultural economy around. In 1932, the farm income was one-third of what it had been before the Depression started, and Wallace reversed it and put it back on its feet. But during the ’30s, he was America’s leading progressive.

“Wallace “actually was, in terms of his politics, more progressive than Bernie Sanders,” said Paul Jay. “In fact, he makes Bernie Sanders look like a centrist moderate.

“The party bosses sought to remove Wallace from the ticket for Roosevelt’s third presidential run.

“The segregationists in the South hated him,” said Kuznick. “He was the leading spokesman for black civil rights. The misogynists hated him. He was the leading spokesperson for women’s inequality. The British and the French hated him. They implored Roosevelt to get him off the ticket as vice president because he was writing pamphlets and speaking openly about the need to end British and French colonialism. He said that America’s fascists are those people who think that Wall Street comes first and the American people second. ”

After FDR wrote a letter saying he would reject the nomination if Wallace was removed, the beloved progressive politician was put back on the ticket.

Wallace was one of the most popular public figures in America during the 1930s. When traveling in Chile and Costa Rica, he attracted crowds numbering in the tens of thousands.

“Many people don’t understand where the progressive aspects of the New Deal came from,” say Kuznick. “If you look at the ’34, election, ’36 election, the American public was very, very, very progressive during that time. And the thing that sparked the progressive elements in the New Deal was the upsurge of labor, the rise of the CIO, the battle for the working class in the 1930s and the soul of America. In fact, if you look even at the Communist Party, the Communist Party was planning to be part of that tradition of the popular front.”

“Once you have the Cold War, McCarthyism, and the House Un-American Activities Committee and essentially purge the unions of most of the really progressive leadership, what you’re left with is a union leadership that merges with the elites and in fact become elites themselves,” said Jay. “And so the Democratic Party, instead of this place where you have this united front of different classes contending, you have the whole preponderance of leadership now representing the elites. ”

“We’ve had certain moments when the party has reverted to its working-class roots, when it has been a progressive party,” said Kuznick. “And I think that’s what the Sanders campaign is trying to do, and it’s certainly what Wallace was fighting for from 1941-45 when he was vice president of the United States.”

Link to Story and 18-Minute Video

‘The Century of the Common Man’

This 1942 speech by the vice president is appropriate to the challenges of today’s domestic fascism of Trump. The sidelining of Wallace by the democratic party after FDR’s death represents one of the great missed opportunities in the nation’s history.