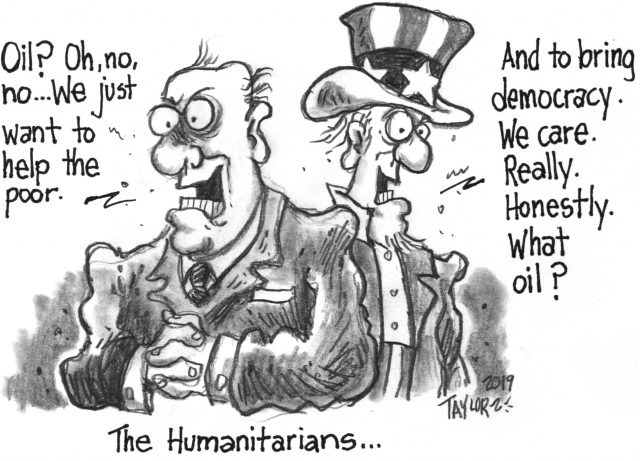 The international news agency Reuters has confirmed that Venezuela’s US-appointed coup leader Juan Guaidó and his right-wing economic advisers drafted a plan to privatize the country’s petroleum industry and open up the oil-rich South American country to foreign corporations.

This privatization scheme will be difficult to implement, however, given the Venezuelan government still remains under the control of its elected leftist president, Nicolás Maduro, and the coup attempt led by the Donald Trump administration has thus far failed.

The Grayzone reported on the opposition’s moves to try to privatize Venezuela’s oil industry immediately after the coup attempt began nearly two months ago, at a time when corporate media outlets were largely ignoring this key detail and instead portraying the conflict as a supposed “humanitarian crisis.” 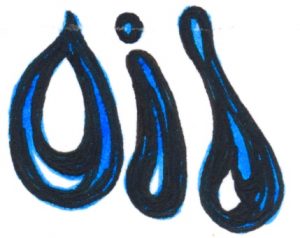 The opposition plans would create a new regulator called the National Hydrocarbon Agency, which would have the authority to auction off all oil reservoirs in Venezuela.

Reuters euphemistically noted, “The proposal could provide ammunition for Maduro’s claims that Guaido is a puppet for foreign interests.”

The news agency obtained a copy of the US-backed opposition’s privatization proposal, and detailed it as follows:

“Under the proposal, which is expected to be released and discussed at Venezuela’s National Assembly in coming days, private firms could choose to run the day-to-day operations of Venezuelan oilfields, a sharp departure from the Chavez era in which foreign companies could only hold minority stakes and were not granted operational control. …

“Guaido’s team is proposing a variety of exploration and production contracts to allow private companies for the first time in decades to operate oilfields individually and in partnership with PDVSA. Private companies could also apply to operate oil refineries and retail service stations under the draft proposal.”

Reuters also quoted the neoliberal Harvard economist Ricardo Hausmann, who serves as the coup regime’s delegate to the Inter-American Development Bank and is playing a leading role in the oil privatization scheme.

“We need to open up the oil industry to private investment,” Hausmann insisted. Reuters said that the right-wing economist told an energy conference “that PDVSA’s role had to be limited due to its operational and financial weakness.”

As Anya Parampil detailed for The Grayzone, Hausmann “is one of the West’s leading neoliberal economists, who played an unsavory role during the 1980s and ’90s in devising policies that enabled the looting of Venezuela’s economy by international capital and provoked devastating social turmoil.”…

“There is nobody in that White House or in this administration that cares at all for the Venezuelan people.”

Denouncing the “strangling” of the Venezuelan economy via sanctions and demanding the Trump administration allow the South American country to determine its own fate, pro-democracy protesters marched through Washington, D.C. on Saturday to demand, “Hands Off Venezuela!”

U.S. sanctions on Venezuela’s state-owned oil company followed, on top of the $30 million per day earlier U.S. sanctions have cost the country.

“The U.S. government, whether it’s Trump or the equally imperialist Democrats, have no right, no capacity, no competence to tell the people of Venezuela who their president is or what their government should look like. Only Venezuela can determine the destiny of Venezuela.”

Code Pink’s Medea Benjamin was among the prominent anti-war advocates who spoke at a rally on Capitol Hill before hundreds of protesters from all over the country began their march through the streets.

Benjamin rejected the administration’s claims that the “economic war” it has declared on Venezuela and the $20 million in so-called “humanitarian aid” it sent last month were gestures based in concern for the Venezuelan people.

The latest sanctions have been linked to the days-long blackout that recently affected much of Venezuela.

The corporate media’s complicity in promoting President Donald Trump’s agenda in Venezuela and its neglect of Americans who have spoken out forcefully against potential regime change there, was among the targets of the demonstration.

Read the Rest and Video Clips From Protests