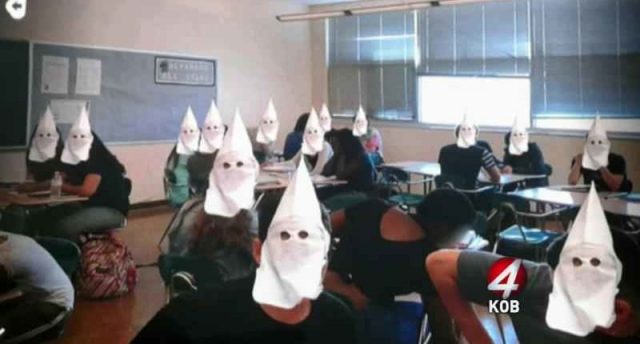 Political grudges and racial animosity have divided students at U.S. high schools and President Donald Trump has exacerbated the problem with his rhetoric, a study released on Wednesday showed.

Researchers at the University of California at Los Angeles (UCLA) surveyed 505 high school principals for the study. More than 60 percent of them reported some of their students had made derogatory remarks about immigrants.

More broadly, more than 80 percent of principals said some of their students had disparaged other ethnic groups.

The UCLA study is called “School and Society in the Age of Trump,” but its author said the Republican president is not solely responsible for tensions at secondary schools.

“The report is a story of this particular time, not narrowly a story of the actions of this one president, although this president’s actions contribute to it,” John Rogers, a professor of education at UCLA, said by phone.