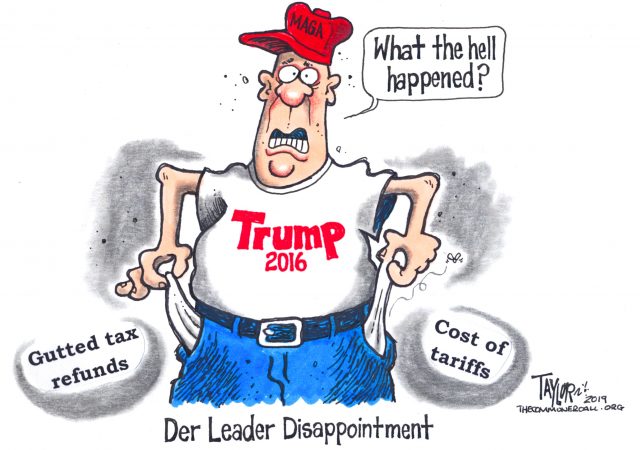 Companies in America purchasing imported products pay the tariffs, and most if not all of those costs are typically passed onto U.S. consumers who buy the products.

The U.S. “experienced substantial increases in the prices of … goods, dramatic changes to its supply-chain network, reductions in availability of imported varieties, and complete pass-through of the tariffs into domestic prices of imported goods,” noted the study issued Saturday by economists from the Federal Reserve Bank in New York, and Princeton and Columbia University.  “Overall … we find that the full incidence of the tariff falls on domestic consumers.”

The trade war also cost companies an additional $1.4 billion a month in efficiency losses as they were forced to scramble to change the way they do business to adapt to the tariffs, such as cobble together new supply chains, according to the study.

Author David Weinstein of Columbia University told Bloomberg: “This is kind of the worst-case scenario in terms of consumers. It’s pretty unclear that this trade war is a net win for the economy at this point.’’ …