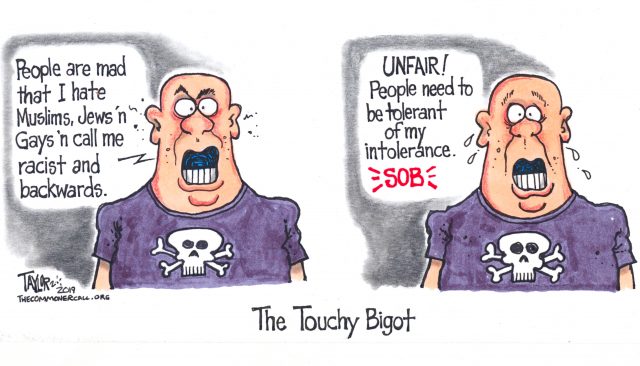 Conservative activist Matt Schlapp, whose wife Mercedes works in the White House as a communications adviser, lashed out at liberals during a Friday appearance on Fox News for criticizing Vice President Mike Pence.

Fox News host Martha MacCallum noted that former Vice President Joe Biden had faced criticism for referring to Pence as a “decent guy.” Responding to the criticism, Biden later tweeted “there is nothing decent about being anti-LGBTQ rights.”

“It’s the radicalism of what is happening to the Democratic Party,” Schlapp told Fox News. “Look, the conservative movement in the Republican Party believes that each American has the right to make their own decisions on how to live their life and the fact is if Mike and Karen Pence are people of faith and want to live out their faith in their own individual lives and with their family, guess what? That’s also protected by the First Amendment.”

“It is the growing intolerance on the left towards Americans who want to make their own religious choices, including their own sexual choices, that should be respected. I’m sad the left won’t respect their choices.”

As governor of Indiana, Pence signed into law a bill that allows companies to deny services to LGBT people on religious grounds. His wife, Karen Pence, works at a schoolthat prohibits teachers from engaging in or condoning premarital sex and “homosexual or lesbian sexual activity.” …

Read the Rest and 2+-Minute video

By Will Carless
Reveal / Center For Investigative Reporting (2/22/19)

Every year, the Southern Poverty Law Center releases a report on the year in hate and extremism. That report was just released, and four things jumped right out at us.

The total number of hate groups in the United States recognized by the SPLC rose to a record 1,020 last year, up about 7 percent from 2017. It was the fourth year in a row to see an increase.

The SPLC tracks these groups throughout the year and maintains a database listing them. You can also check out an interactive map of these groups here.

That’s partly because they’re upset at a Census Bureau prediction that the U.S. will cease being a white-majority nation by 2045, but America’s racists are also sad at the perceived lack of support from President Donald Trump.

As the report notes:

“Starting to feel swindled by @realDonaldTrump,” influential antisemitic writer Kevin MacDonald tweeted on Nov. 15. “He will get slaughtered in 2020 unless he does something serious for his base on immigration.”

White nationalist Richard Spencer, who infamously led a crowd of fellow racists at a Washington, D.C., meeting in Nov. 2016 with a toast and raised stiff-armed chant of “Hail Trump,” was more blunt. Spencer took to Twitter in November to proclaim, “The Trump moment is over, and it’s time for us to move on.”

These groups – which the SPLC classifies as hate groups and says are typically anti-Semitic and anti-LGBTQ – are rising in response to the increase in white nationalist groups, Trump’s often racist rhetoric, and the president’s move away from civil liberties policies like police reform.

These groups are still fringe compared to white nationalist, Islamophobic and anti-immigrant groups, however, the SPLC notes:

Some on the right criticized the SPLC for not including groups like antifa in the annual report.

As we have reported in detail, the loosely knit antifa movement certainly has its extremists. But activists who are prepared to “break bones” in the name of anti-fascism, or even the more extreme members of the Black Lives Matter movement, simply don’t meet the SPLC’s detailed criteria for what constitutes a hate group.

Specifically, the SPLC defines a hate group as “an organization that – based on its official statements or principles, the statements of its leaders, or its activities – has beliefs or practices that attack or malign an entire class of people, typically for their immutable characteristics.”

The definition continues: Hate groups “vilify others because of their race, religion, ethnicity, sexual orientation or gender identity.”

Anti-fascists certainly hate people who espouse hateful views on white supremacy or homophobia, or have other racist or discriminatory beliefs. The difference here is that such beliefs are not immutable — people aren’t born with fascist or racist beliefs. Whereas people are, of course, born African American or Jewish or LGBTQ.

That doesn’t mean elements of the antifa movement or other ideological groups aren’t extremist groups; they’re just not considered hate groups by the SPLC.