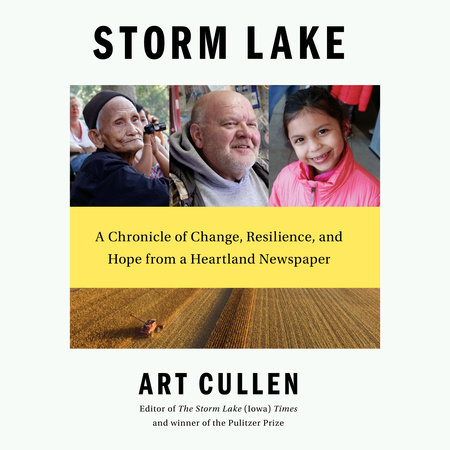 Art Cullen is editor and co-owner of The Storm Lake Times, a flourishing, family-owned, twice-weekly newspaper founded in 1990 in Northwest Iowa. In 2017, he was awarded the Pulitzer Prize for Editorial Writing for a series of columns indicting corporate agri-business for polluting the rivers and lakes in the most-intensively farmed land in the world.

His recently published book, Storm Lake: A Chronicle of Change, Resilience, and Hope from a Heartland Newspaper, chronicles his 40-year career in journalism and describes changes in politics, agriculture, climate, and immigration in his rural community.

A graduate of the University of St. Thomas, he has been a reporter and editor with newspapers in Algona, Ames, Mason City, and Storm Lake, Iowa. His commentaries have been published in The New York Times, The Washington Post, The Guardian, and the StarTribune.

His brother John is publisher of The Storm Lake Times, his son, Tom, is a reporter, and his wife, Dolores, is a feature writer and photographer.

Link to Story and 52-Minute Video