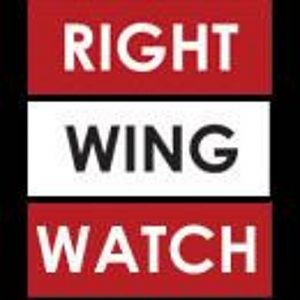 Beneath every far-right internet troll is a person with a name and a life offline. Across the United States and abroad, there are otherwise normal people living out secret lives on the internet where they are engaging in a culture of harassment, hate-spreading, and radicalizing themselves with extremist ideologies.

Many of the people existing in this space online do so behind pseudonymous display names and social media accounts they believe conceal their identity. But it doesn’t always work, and sometimes we get an opportunity to examine under the hood and try to understand how the radicalization machine works.

Right Wing Watch is revealing the identity of one of these trolls. We are not “doxing” him—we will not share his address or private personal information. Rather, we are showcasing publicly available details about his life to try to better understand how an ostensibly run-of-the-mill person becomes an online hate-monger.

Tech companies such as Twitter are fully aware of what is happening on their platforms and they choose to do nothing, despite a nearly universal plea that they just “ban the Nazis.”

This user was exposed to extremist content foremost by Gavin McInnes, the founder of the Proud Boys hate group. Despite McInnes’ insistent denials that he is fomenting hate in the United States, the user we highlight here is a clear reminder that he is. Ushered by McInnes, he entered a sect of social media that escapes meaningful moderation from tech platforms such as Twitter. In these circles, users are egged on by people like white nationalist podcaster Mike Peinovich, who has burned through dozens of Twitter accounts—some of which Twitter has disabled (but not all)— to maintain his presence on the site, and people like Norman Garrison, who spends his days instigating harassment and violent threats against journalists. Tech companies know this ecosystem exists and they allow it to remain online; it is luring young men and ruining their lives as it creates a dangerous environment for the rest of us.

“Traficant’s Ghost”  is the display named used by this troll on Twitter. The title pays homage to James Traficant, a former member of the House of Representatives from Ohio who was expelled after he was convicted on corruption charges. The Anti-Defamation League reports that Traficant was “a prominent and active figure on the extreme right, appealing both to anti-government extremists of the ‘Patriot’ movement as well as to white supremacists and anti-Semites.” He drew criticisms for his support of a Nazi war criminal and his requests to remove Jewish jurors from his trial. He also cultivated a relationship with American Free Press, which gained a reputation for its distribution of anti-Semitic conspiracy theories. In a lot of ways, it makes sense why someone with extremist beliefs would revere a figure like Traficant.

The user operating this account has spent his days since the summer of 2015 uploading and sharing anti-Semitic conspiracy theories and racist remarks, tagging and replying to nearly every high-profile white nationalist and “alt-lite” figure under the sun. On his profile, he shares content from former KKK Grand Wizard David Duke, far-right commentator Ann Coulter, and Unite the Right organizer Jason Kessler. He posts—alongside stories from more mainstream right-wing news sources like Breitbart, The Gateway Pundit, and Infowars— links to Taki’s Magazine, a libertarian site known for hosting writings by extremists. On Gab, he follows neo-Nazis Andrew Anglin and Christopher Cantwell. He says he is a paying supporter of “The Right Stuff,” an alt-right podcast network that features a show named for the Holocaust as its top program, and has conversed with its show hosts online. He refers admiringly to Elliot Rodgers, a mass murderer who is idolized by the “incel” community online for acting out on his deep-seated resentment of women.

A few extremists have noticed him, too. The account is followed on Twitter by numerous prominent white nationalist figureheads including Matt Parrott, James Allsup, Jason Köhne, David Duke, an account using the moniker Will Westcott. He interacted with an account called “AltRightTruth,” which sought to prove the innocence of James Fields, who was convicted for the murder of Heather Heyer at the Unite the Right white supremacist gathering in 2017, exchanged banter with a neo-Naziassociated with The Daily Stormer book club, and shared a brief conversation with Andrew Auernheimer, a white supremacist hacker known as “Weev.”

However minor a figure, the evolution of the account highlights a space in the modern conservative movement where hardcore white nationalism and anti-Semitism run parallel to the mainstream and people can be quickly radicalized by bad actors online.

Anders Edling is “Traficant’s Ghost.” He’s a resident of Idaho and his name appears on a list of Idaho youth soccer coaches. He loves President Trump, or at least the version of him he saw on the campaign trail. If you met him on the street, you’d never know he was engaged with extremist content online.

Edling’s identity became obvious to Right Wing Watch after finding his old Twitter handles “SexyAnders86” and “Aedling86.” The first contains his first name; the latter contains his surname. When Right Wing Watch confronted Edling with our knowledge of his identity, he confirmed that it was, in fact, him running the “Traficant’s Ghost” account. He admitted he was using the same Twitter account he had in college under his real name before he said that he was “really engaging in wrongthink.” Right Wing Watch found no indication that his activity with the white nationalist movement goes beyond his Twitter account.

In 2015, Edling was using his online profile to comment on hockey games, share his favorite song lyrics, and express many universal human struggles: breakups, deaths of loved ones, and broken electronics. He had grown up making the honor roll throughout high school and he attended the University of Idaho, receiving a bachelor’s degree in Finance.

Edling told us that after 2008, the year that Barack Obama was elected as president, he became “disheartened” with the GOP and took an interest in libertarianism. In 2013, Elding wrote that “the Obama Administration has failed the American people.” By 2014, he says, he was once again disheartened but decided to throw his full weight behind Sen. Rand Paul of Kentucky at the beginning of the 2016 primary season. When it became obvious that Paul was not going to be the Republican nominee for president, Elding backed then-candidate Donald Trump.