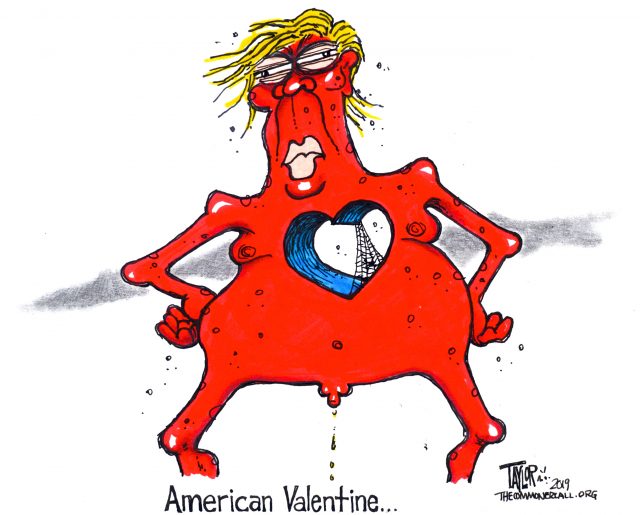 Tearing children—often small children—away from their parents in a way that was designed to deliberately inflict emotional trauma.

Accusing the Trump administration of deliberate and “inexplicable cruelty” perpetrated against them under it’s so-called “zero tolerance” immigration policy, six families have filed suit against the U.S. government for the harm and “lasting trauma” they continue to suffer.

In the filing, six mothers described having their children torn away from them, with officials giving them little to no information about where their children were, if they were safe, and when they would be reunited—treatment that the lawyers involved in the suit argue fit the legal definition of intentionally inflicting emotional distress.

“It was the worst moment of my life, when officers tore my crying daughter from my arms. I didn’t know where she was going or when I’d see her next—and I couldn’t tell her she’d be safe. It was four months and one day until I saw her again,” said Leticia, one of the mothers. “We came to the U.S. because we feared for our lives in Guatemala, but rather than offering us safety, the U.S. government has scarred my daughter and me for life.”

“The government’s use of emotionally traumatizing children to try to achieve a policy objective very clearly meets all the legal elements of the offense intentional infliction of emotional distress.”

The American Immigration Council and the National Immigrant Justice Center were joined by two law firms in filing the lawsuit against the Departments of Homeland Security (DHS) and Health & Human Services (HHS) on Monday.

The families are demanding $3 million each in compensation for the suffering inflicted on them and their children, who were as young as five years old when they were separated—but advocates stressed that no amount of money can undo the harm caused by the family separation policy.

The Trump administration vehemently defended the family separation policy last year, insisting the government had in mind the best interest of at least 2,700 children who they took from their guardians. But, the families’ lawyers said, the experiences described in the suit and other stories about the way the practice was carried out—with officers snatching one child from a breastfeeding mother and lying to parents about their childrens’ whereabouts—prove that the cruelty of “zero tolerance” was deliberate, the lawyers said.

As Common Dreams reported last month, a draft memo obtained by Sen. Jeff Merkley (D-Ore.) show how “the administration planned to traumatize children and intentionally create a humanitarian crisis at the border.”

“The government’s actual conduct of tearing children—often small children—away from their parents in a way that was designed to deliberately inflict emotional trauma on those people for the purpose of achieving a policy objective is unlawful,” Jones added.

Months after being reunited, the plaintiffs in the suit describe symptoms of Post-Traumatic Stress Disorder (PTSD) in both themselves and their young children. One mother detailed her seven-year-old son’s refusal to go to school for fear that he’ll be taken from her again, and another described her six-year-old’s reluctance to eat.

The mothers in the case have also experienced chronic headaches, insomnia, and extreme weight loss since their ordeals.

“They are entitled to more than just the outrage that was prompted by what people saw in the news in 2018. They are entitled to compensation from the government for intentional infliction of emotional distress,” Jones told the Guardian. “The government’s use of emotionally traumatizing children to try to achieve a policy objective very clearly meets all the legal elements of the offense intentional infliction of emotional distress.”

“The federal government inflicted distress on parents and children seeking asylum with the expectation that other families would be deterred from trying to seek refuge in this country,” said Trina Realmuto, directing attorney for the American Immigration Council, in a statement. “The purpose of our immigration laws is to protect asylum seekers and reunify families, not tear them apart.”