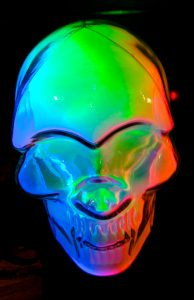 A DRAMATIC, MULTI-LEVEL AND INCREASINGLY DARK scandal has been engulfing the presidency of Jair Bolsonaro for the last month. It began just weeks after his stunning November victory but before he was inaugurated on January 1, and has completely paralyzed his presidency.

The scandal most centrally involves President Bolsonaro’s eldest son, Flavio, who has long been a State Deputy from Rio de Janeiro but was just elected to the Federal Senate with a massive vote total in the last election. The scandal began with the discovery of highly suspicious payments into and out of the account of Flavio’s driver, a former police officer and long-time friend of President Bolsonaro’s.

Each new discovery has escalated the scandal’s seriousness: one unexplained deposit was found going into the account of President Bolsonaro’s wife, Michelle; both the driver and Flavio himself began using highly suspicious maneuvers to try to stymie the investigation; the amounts of the suspicious transfers began rapidly increasing to $US 2 million; and then deposits were found going into Flavio’s accounts in small increments of multiple deposits in rapid succession: at times up to 10 cash deposits made within 3 minutes.

But two recent events have converted what looked to be a classic scandal of money laundering and kickbacks into something much more ominous and terrifying. Earlier this week, Rio de Janeiro police arrested five members of Brazil’s most dangerous militia: one linked to the 2018 assassination of City Councilwoman Marielle Franco of the left-wing PSOL party. As it turned out, Flavio Bolsonaro formally praised two of the leading members of that militia; gave an award to the militia’s chief; and, most astonishingly of all, kept the mother and the daughter of the militia chief on his payroll for the last ten years. That the Bolsonaro family has been discovered to have such close and intimate ties with militias, including the one involved in Marielle Franco’s brutal assassination, stunned the country.

Then, on Thursday, Brazil’s only LGBT member of Congress, the long-time leftist critic of Bolsonaro Jean Wyllys who just won a third term in the November election, announced that he has fled the country, and will not assume his office due to serious threats to his life. In explaining why he fears for his life, Wyllys specifically cited these new revelations that the Bolsonaro family is linked to the militia blamed for the death of Franco, who was in the same party as Wyllys (my husband, David Miranda, is a Rio de Janeiro City Councilman in that same party and, as the alternate behind Wyllys, will now assume Wyllys’ seat in Congress, becoming the only LGBT member of the lower house).

Earlier this week, prior to Wyllys’ stunning announcement, we produced a short video documenting the key facts of this genuinely shocking scandal that has paralyzed the Bolsonaro presidency before it could even begin and, today, drove the country’s only LGBT Congress member not only from office but from the country.

Link to Story and 14-Minute Video

(Commoner Call photo by Mark L. Taylor, 2018. Open source and free for non-derivative use with link to www.thecommonercll.org )