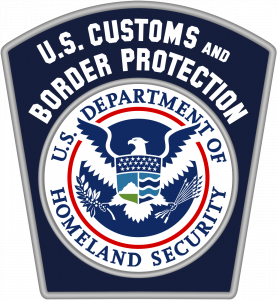 (Editor’s Note: What a sad and miserable facade our government has become. — Mark L. Taylor]

A federal judge has found four women guilty of entering a national wildlife refuge without a permit as they sought to place food and water in the Arizona desert for migrants.

US magistrate Judge Bernardo Velasco’s ruling on Friday marked the first conviction against humanitarian aid volunteers in a decade.

The four found guilty of misdemeanours in the recent case were volunteers for No More Deaths, which said in a statement the group had been providing life-saving aid to migrants. …

United States border patrol agents routinely vandalise containers of water and other supplies left in the Arizona desert for migrants, condemning people to die of thirst in baking temperatures, according to two humanitarian groups.

In a report published on Wednesday, the Tucson-based groups said the agents committed the alleged sabotage with impunity in an attempt to deter and punish people who illegally cross from Mexico.

Volunteers found water gallons vandalised 415 times, on average twice a week, in an 800 sq mile patch of Sonoran desert south-west of Tucson, from March 2012 to December 2015, the report said. The damage affected 3,586 gallons.

The report also accused border patrol agents of vandalising food and blankets and harassing volunteers in the field.

“Through statistical analysis, video evidence, and personal experience, our team has uncovered a disturbing reality. In the majority of cases, US border patrol agents are responsible for the widespread interference with essential humanitarian efforts.”

The report, published by No More Deaths and La Coalición de Derechos Humanos, said wildlife – as well as hunters, hikers and border militia members – also damaged aid drops. But it said the main culprits were agents from border patrol, a branch of Customs and Border Protection, which is part of the Department of Homeland Security.

“The practice of destruction of and interference with aid is not the deviant behavior of a few rogue border patrol agents, it is a systemic feature of enforcement practices in the borderlands.” …