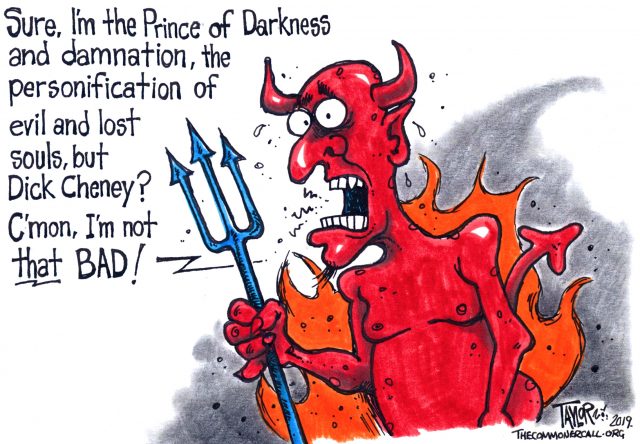 It’s a good thing for Christian Bale that the Hollywood Foreign Press Association was voting, and not Republicans.

The Welsh-born thespian won the Golden Globe for best actor in a motion picture – musical or comedy for his portrayal of former Vice President Dick Cheney in “Vice” and in accepting the award, he made clear where he stands on the real-life subject.

“Thank you to Satan for giving me inspiration on how to play this role,” said Bale, 44. …

Cheney was the coming to power of the far right of the American elite; the Neo-cons wanted to “cash in” as they asserted US military dominance over the world – Col. Lawrence Wilkerson, who was Colin Powell’s Chief of Staff and is depicted in the film joins TRNN’s Paul Jay to discuss the movie, “VICE”.