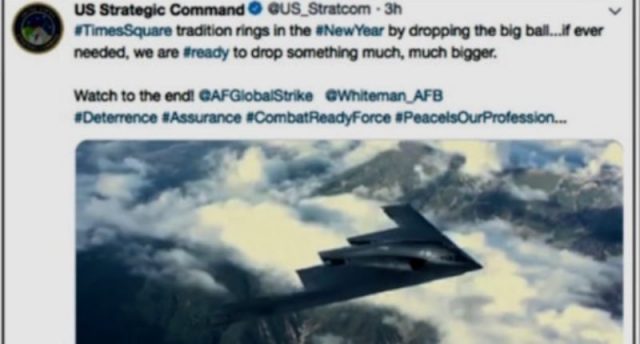 #TimesSquare tradition rings in the#NewYear by dropping the big ball…if ever needed, we are #ready to drop something much, much bigger

At the same time U.S. war planes and intel facilitate the starvation and murder of hundreds of thousands of Yemini families and children by Saudi Arabia — using American weapons and bombs — some knucklehead officer at Strategic Command thought it fitting of the season to make a joke of murder and mayhem from the air. It was enough to get a sociopath all sweaty for the New Year.