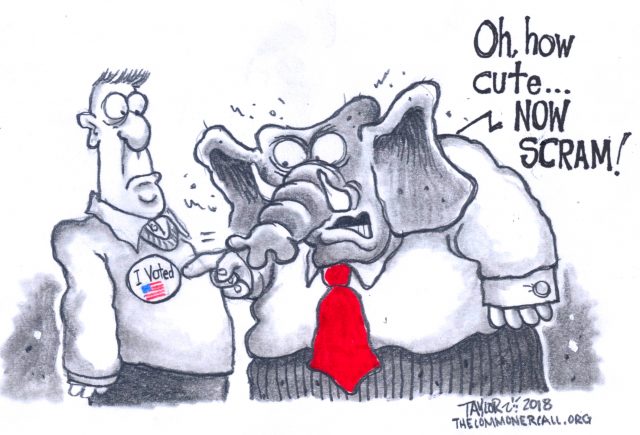 Wisconsin and North Carolina are the canaries in the coal mine of crippled American democracy.

America’s federal system of government is, in theory, key to the strength of its democracy. As opposed to citizens in the more centralized states of Europe, Americans get to vote for a huge array of local offices, policies and ballot initiatives that can influence their lives for the better. Innovation in the states can be healthy for the whole country, such as when healthcare reform in Massachusetts provided inspiration for the Affordable Care Act. The supreme court justice Louis Brandeis famously praised US states as laboratories which could “try novel social and economic experiments without risk to the rest of the country”.

But what happens when the keys to the laboratory end up in the wrong hands? Throughout history, the power invested in the states has allowed all sorts of anti-democratic abuses to flourish. The most famous example is the Jim Crow system, which denied African Americans their rights and stained the ideals of American democracy for decades. In extreme cases, such as Governor Huey Long’s Louisiana in the 1930s, near-dictatorships have been established by ambitious local politicians.

As changing demographics make it harder for Republicans to win elections, the party is showing a disturbing tendency to rewrite the rules in its own favour or outright nullify the results of the popular vote.

Over the past few years, the Republican party has begun some experiments of its own. After losing governor’s races in North Carolina in 2016, and now in Wisconsin and Michigan in 2018, Republicans have looked to use lame-duck sessions of the state legislature to strip power away from the next governor and make it impossible for them to deliver the policies that the people of the state just voted for. And they’ve been remarkably brazen about doing it.

n Wisconsin, where Scott Walker’s loss to the Democrat Tony Evers was a national embarrassment for Republicans, the legislature has moved to seize control of welfare policy from the incoming governor. Evers will no longer be able to overturn policies that require food stamp recipients to take drug tests, or that require Medicaid recipients to meet a work requirement. Nor will the state’s new attorney general, also a Democrat, be able to withdraw Wisconsin from a lawsuit which seeks to have the Affordable Care Act declared unconstitutional.

Given that these are all policies that the incoming Democrats fought and won their elections on, we might expect Wisconsin Republicans to show some humility. But we would expect wrong. …