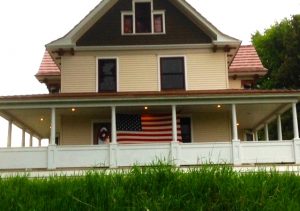 Robert Wuthnow, a sociologist at Princeton University, spent eight years interviewing Americans in small towns across the country. He had one goal: to understand why rural America is so angry with Washington.

Wuthnow’s work resulted in a new book, The Left Behind: Decline and Rage in Rural America. He argues that rural Americans are less concerned about economic issues and more concerned about Washington threatening the social fabric of small towns and causing a “moral decline” in the country as a whole. The problem, though, is that it’s never quite clear what that means or how Washington is responsible for it.

So I decided to speak with Wuthnow about what he learned and whether fears about America’s “moral decline” are really just a cover for much deeper fears about race and demographic changes.

A lightly edited transcript of our conversation follows. ..

The life expectancy of Americans continues to drop, while drug overdose and suicide rates soar.